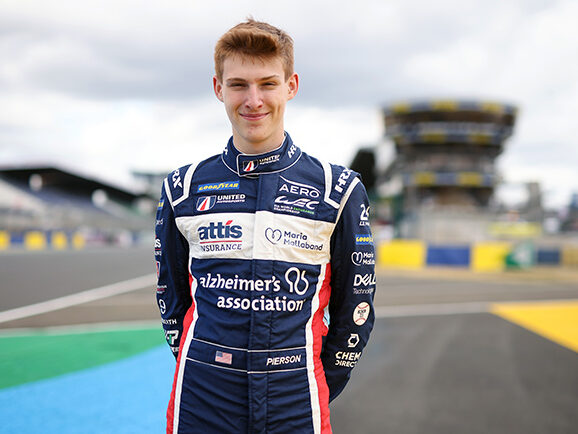 United Autosports, a year on from announcing Josh Pierson as the youngest driver to race in the FIA World Endurance Championship and at Le Mans, are pleased to announce that Josh will continue racing in this championship for a second consecutive year with the team in 2023.

After a hugely successful debut with the team, in the Asian Le Mans Series earlier this year, winning both races and proving his sportscar ability, he then went on to take the WEC scene by storm becoming the youngest WEC driver, and subsequent winner, at the 1000 Miles of Sebring.

United co-owners Zak Brown and Richard Dean scouted and personally watched Pierson when he was only 15 years, before announcing exactly 12 months ago, his participance in this weekend’s 24 Hours of Le Mans.

The Portland USA resident becomes the youngest ever driver to compete in the infamous French endurance race, and United Autosports are delighted that Pierson has already committed his services to the UK-based, multi-championship winning squad, midway through the current WEC season.

Pierson, who currently lies second in the WEC LMP2 Driver standings, has impressed all with his speed, consistency, work ethic and racecraft.