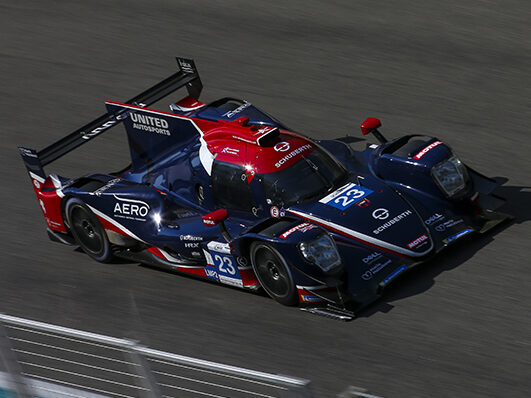 United Autosports are looking forward to return to the Asian Le Mans Series next year, five years after their debut in 2018.

After a hugely successful 2021 championship campaign, which included a podium lockout at the final race of the series, three wins, three pole positions and eight podiums, the Asian Le Mans Series is always a highlight of the teams calendar.

The team also experienced great success earlier this year when Josh Pierson made his prototype racing debut with the team at the final two rounds of the 2022 series. Unable to race in the opening two rounds due to his age, Josh had to wait until his 16th birthday to obtain his required International B licence, which fell on the Monday before the final two races in Abu Dhabi. Josh went on to win both races with his co-driver, Paul di Resta, firmly making his mark in sportscar racing.

For the 2023 season, the team confirm today that they will enter two Oreca 07 – Gibson LMP2 cars with their driver line-ups to be announced in due course. The team are also evaluating the possibility of additional entires in the LMP3 category with further details to be announced in the upcoming months.

The ACO has announced the dates for the 2023 championship, confirming that the series will remain in the UAE for another year. The opening two rounds, at the Dubai Autodrome, will fall on Saturday 11th/Sunday 12th February, with the final two races returning to the Yas Marina circuit on Saturday 18th/Sunday 19th February 2023.