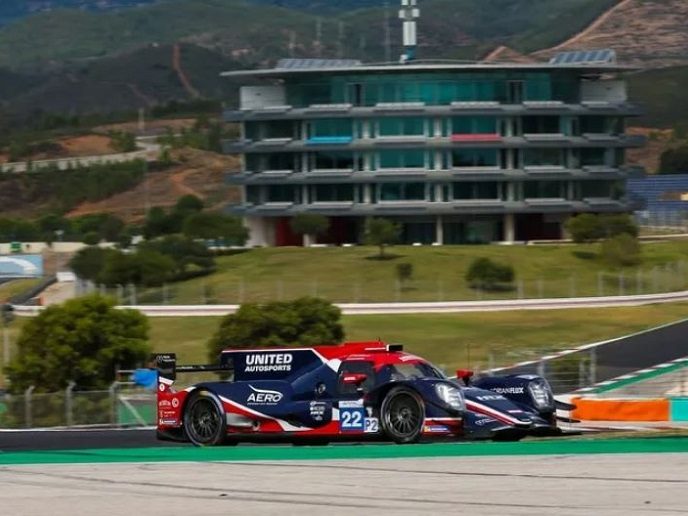 United Autosports are preparing for round two of the FIA World Endurance Championship this weekend in Portimao, Portugal (11-13 June).

The US-flagged team head into round two as championship leaders after scoring a pole position and the race win at Spa Francorchamps in Belgium at the beginning of May. They also achieved the rare feat of topping every session during the opening WEC event as well.

This weekend, the team will be rejoined by Paul Di Resta who will be racing alongside Phil Hanson and Fabio Scherer in the #22 Oreca 07. Paul will be standing in for Filipe Albuquerque who has racing commitments elsewhere, meaning he unfortunately misses his home race.

This weekend marks the first time the WEC has visited the Portuguese circuit in the history of the championship.

The weekend begins on Friday 11 June with Free Practice 1. Free Practice two and three and qualifying will be held on Saturday 12 June with the 8 Hours of Portimao beginning at 11:00 local time on Sunday 13 June.

Coming off the back of a win at Spa, I’m eager for round two of the WEC in Portugal. It looks like it’s going to be a very hot 8 Hours of Portimao, which I am sure will provide the ingredients for an exciting event. I think with the experience we have from previous seasons racing at Portimao, if we have a clean weekend, we can be fighting for a win by the end of the eight hour race.”

“It’s obviously a pity that Filipe is missing his home race. He would certainly have helped us a lot on his home track in Portimao with his experience. But I’m also looking forward to working with Paul. He scored four wins for United Autosports last season and knows the team inside out. I’m convinced we’ll benefit from his experience. Portimao is a great race track. It has an old style character and is very varied. It will be very physically demanding, especially because the race is longer. I think the biggest issue will be the tyres. They will degrade faster in this heat than in Spa.”

“I’m pretty excited to get back in a car. I’ve not been behind the wheel since Bahrain at the end of last year so it’ll be straight in at the deep end. It’ll be a busy Friday getting back into the swing of things and getting to grips with the car again but I’m looking forward to the challenge ahead. I’d like to continue the success that United had from Spa, the package looked very good and it would be nice to get a win again. I’m looking forward to working with the team again.”

“I’m confident the team can pick up where they left off in Spa and bring home some silverware once again. It will be tough as there’s some strong competition but we are prepared for the fight.”

“Even though the WEC hasn’t been to Portimao before, luckily we have raced there in the ELMS for the last few years so we have some good data ahead of this weekend. I’m pleased Paul could stand in for Filipe, even though it’s a shame Filipe couldn’t be at his home race. We are hopeful of another good result, but of course we have to wait and see what happens on Sunday.”