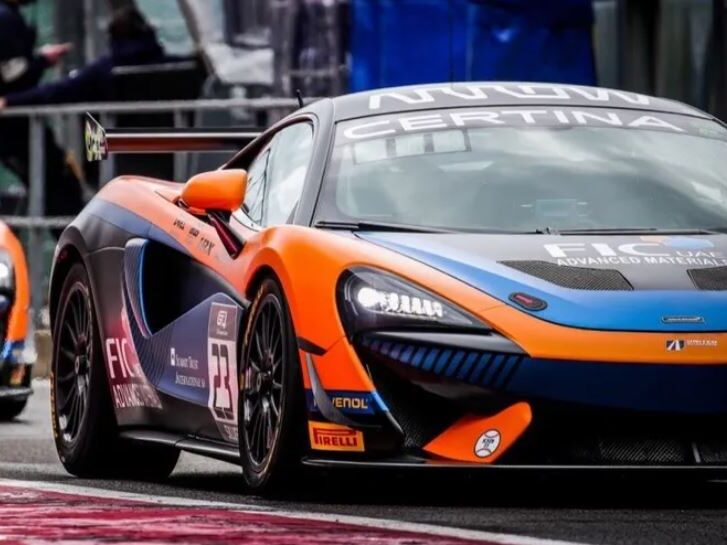 United Autosports are preparing for round five of the 2021 GT4 European Series, at the Nürburgring from 3-5 September. The team will travel to the German circuit with the championship lead in the Silver teams standings after a successful weekend at Spa.

After the first race victory at Spa for Bailey Voisin and Charlie Fagg in the #23 McLaren 570S GT4, they lie joint first in the Silver Drivers’ Championship with two rounds remaining.

Gus Bowers and Dean Macdonald proved the #32 McLaren 570S had competitive qualifying and race pace at Spa, after Dean battled his way through the competitive field during the second race, to hand the car over to Gus in P3. Both Gus and Dean will be looking to extract this race pace again around the Nürburgring, in a bid to get some important points on the board.

This race at the Nürburgring will mark only the second time United Autosports has raced round the famous German circuit after previously racing there in 2012 for the British GT Championship, with their Audi R8 LMS ultra GT3 car.

Live coverage of qualifying on Saturday 4th and the two races on Saturday and Sunday 5th will be available to watch on european.gt4series.com and YouTube.

“I’m excited to be racing the penultimate round at the iconic Nürburgring, and even more so that we are leading the drivers and teams championship in the silver class. We’ve got an amazing group of people to support us and I’m looking forward to the challenge.”

“I’m looking forward to Nürburgring for round 5 of the championship, After a victorious spa round, I strongly believe that we can continue this momentum into Nürburgring – it’s a really cool place and circuit and seeing as I’m a quarter German I’ll say this is my home track!”

“I am really looking forward to Nürburgring especially as I have never been there before, it’s a circuit I have always wanted to drive and I’m sure it will live up to the expectations.”

“We are now heading into the last two rounds of the season, and it is great that we have reclaimed the lead in the silver teams championship. The Nürburgring is a really fast track and hopefully all four drivers can extract the maximum out of the McLarens in this round.”