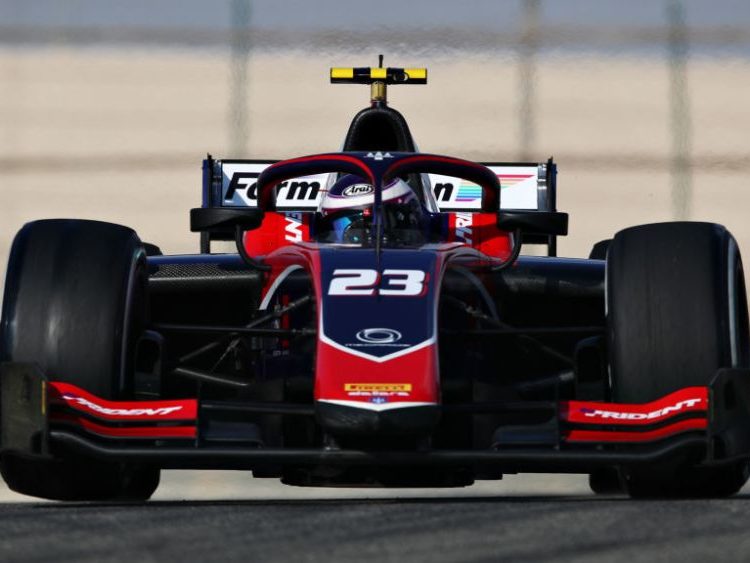 Trident have announced that they will be retaining Marino Sato for the 2021 Formula 2 campaign, while they have also added Bent Viscaal to their line-up for the opening round of the season in Sakhir.

21-year-old Sato will enter his second full season of F2 with the Italian team, having impressed them with his progress during 2020. The Japanese driver claimed eighth place at Mugello and came close to the top-10 on multiple occasions.

Sato made his F2 debut in the final part of 2019, the same year that saw him cruise to the Euroformula Open title with nine wins, 11 podiums, six poles and five fastest laps. Sato also competed in the European Formula3 Championship and the Italian Formula 4 Championship, scoring one win.

“I’m really looking forward to continue our journey together with the Trident team,” said Sato. “We had a very tough season last year but we improved race-by-race. I need to thank everyone involved in making this happen!”

21-year-old Viscaal will make his F2 debut with Trident in the opening round of the season in Bahrain. The Dutchman, who is also set to drive for the team in pre-season testing, will make the step up from a race-winning season in Formula 3.

Viscaal was second in the 2018 Euroformula Open Championship with one win, 12 podiums and four poles. The Dutchman also ran in the 2017 Spanish Formula 4 championship, finishing third with five wins and 12 podiums.

“I cannot wait to make my debut in the FIA Formula 2 Championship with Trident Motorsport,” said Viscaal. “I will be on-track for collective pre-season testing in just about two weeks, and I am really excited!

“We did great preparation work. I have been aware of the value of Trident Motorsport for quite some time, and it’s finally time to work together. I am sure that we will achieve great results.”

Team Manager Giacomo Ricci added: “Team Trident is proud to line-up 21-year-old Marino Sato for the second consecutive season after the positive experience started twelve months ago. In the 2020 championship, Sato showed remarkable progress that makes us confident in his potential ahead of the new season, which will start at the end of March at Al Sakhir.

“I strongly believe that the new format of the series, featuring three races with reverse grids, will enable Marino to cruise to the points zone repeatedly and continue his growth in the FIA F2 Championship.

“Trident Motorsport is also greatly satisfied to announce that Bent Viscaal will make his FIA Formula 2 Championship debut under the team’s banner in the opening round of the season at Sakhir. We had Bent with us for one day of testing last December in Bahrain, and we had the chance to appreciate his speed skills multiple times.

“We remember the win he snatched from our driver Zendeli last July at Silverstone in the FIA Formula 3 Championship. We are convinced we will be able to reach great results together, and we will provide him with our best support to help him to find his fit with our family as quickly as possible.”