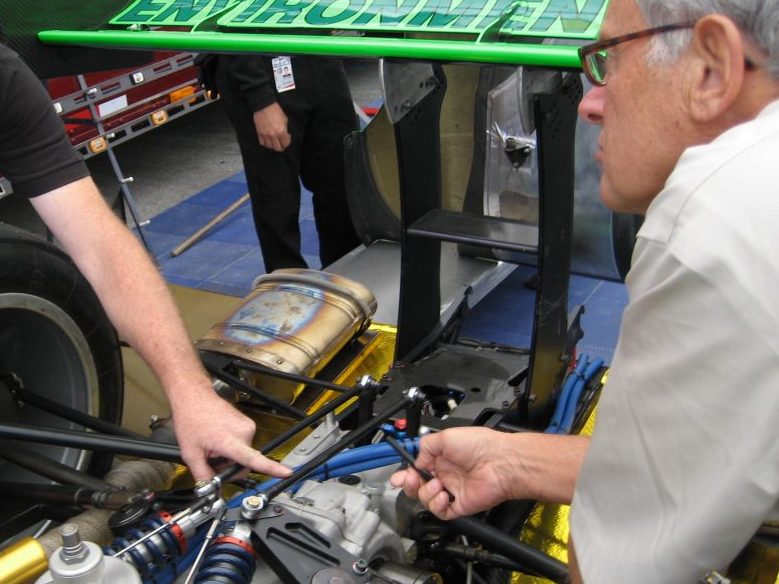 That’s the phrase most often used by IMSA staffers this week in remembrance of Charlie Cook, a lifelong racer and longtime leader of IMSA’s tech staff who passed away due to cancer last weekend. An Alabama native, Cook most recently served in the role of Senior Technical Manager for the IMSA WeatherTech SportsCar Championship, offering guidance and decades of experience to his colleagues on the IMSA Technical Committee.

“For those of us who had the good fortune to work alongside Charlie and got to know him better, we’ve all benefitted from experiencing the way he went about his role within IMSA,” said IMSA Vice President of Competition Simon Hodgson. “Charlie epitomized the word ‘team.’

“Whenever Charlie interacted with anyone, he always displayed a gentle and respectful manner which put others at ease. He was a fountain of technical knowledge and played a significant role during the GRAND-AM/ALMS merger. He will be sorely missed, but long respected and remembered. Like many others within the IMSA team and paddock, I feel privileged to have had the opportunity to know him.”

Some of Cook’s other IMSA colleagues referred to his uncanny ability to pinpoint specific areas or components to focus on in technical inspection as places where teams may look to gain an unfair advantage. And for that, Cook tapped into his previous success as an IMSA racer going all the way back to the very beginning.

“Charlie qualified third for the very first IMSA GT race at VIR in 1971,” said IMSA Senior Director, Racing Operations Mark Raffauf. “He was one of the earliest IMSA competitors in the Camel GT and Radial Tire Sedans series, building, preparing and driving his own cars and those of others.

“Predominantly a builder and co-driver, he was always at or near the front using way less resources than the competition. Charlie was one of those individuals who made involvement in IMSA racing that much more rewarding and enjoyable for all those who came in contact with him.”

Cook built race cars through his own Southwind Enterprises, based in Birmingham, Alabama. And it was one of his creations that introduced current IMSA Race Director Beaux Barfield to Cook in the mid-1980s when Barfield was 13 years old.

“In 1985, my dad and I headed to Sebring for the inaugural Firestone Firehawk event,” Barfield recalled. “We had a scheduled stop in Birmingham, Alabama to pick up the race car from this quiet but confident man named Charlie Cook.

“He assured us the car would be competitive. He was right. My dad won that race with Dr. Jim Roberts as his co-driver. I was incredibly fortunate to see Charlie from time to time before we ultimately worked together for years in IMSA. I personally benefitted from his wisdom as a competitor AND as an official. I’m grateful to have known him for so long. He will be missed.”

Cook’s fingerprints can be found throughout IMSA history. He was a driving force of Dodge’s sports car racing efforts in the 1990s and early 2000s – culminating with the Dodge Viper GTS-R that won the Rolex 24 At Daytona, Mobil 1 Twelve Hours of Sebring and 24 Hours of Le Mans in 2000 – and as a highly respected IMSA official beginning with the American Le Mans Series and continuing into the WeatherTech Championship in 2014.

“I got to know Charlie from a competitor’s standpoint in my previous role, and always had the utmost respect for him,” said IMSA President John Doonan. “He was always a friendly face at the tech line and a consummate professional. The programs Charlie helped build and his influence will be felt for many years to come, from the IMSA Technical Committee through the whole IMSA paddock and beyond. Our thoughts and prayers are with Charlie’s family, friends and colleagues. We will miss him.”