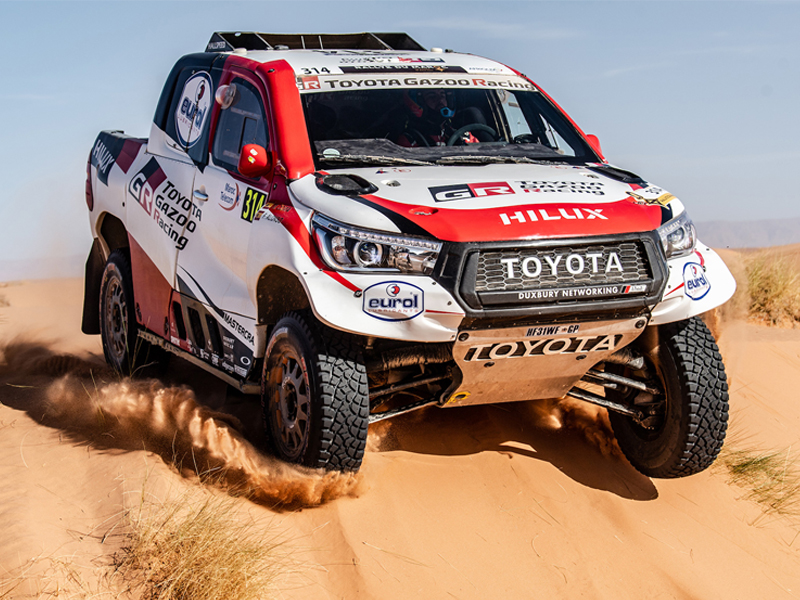 Competing at Dakar since 2012, TOYOTA GAZOO is fielding a mixture of experienced rally-raid specialists alongside relative newcomers to the discipline. Those newcomers, F1 legend and Dakar rookie Fernando Alonso sits with experienced navigator Marc Coma in 13th, 26 minutes down on the leader due to a costly puncture on the first stage.

All four crews will compete in the latest version of the rally raid-proven Toyota Hilux, built and developed in South Africa. The 2018 Dakar Rally saw the introduction of an all-new Hilux which was described by Glyn Hall, Team Principal, as a technological leap forward and proved itself from the get-go with a second and third place on its Dakar Rally debut before winning the event outright a year later. Following TOYOTA GAZOO Racing’s philosophy of “making ever-better cars”, the team has continued to refine the Hilux and the latest iteration will spearhead the team’s Dakar Rally campaign. The Hilux features independent suspensions, mid-mounted engine and all-wheel drive, with the 5-litre naturally aspirated V8 engine sitting just behind the front wheels.