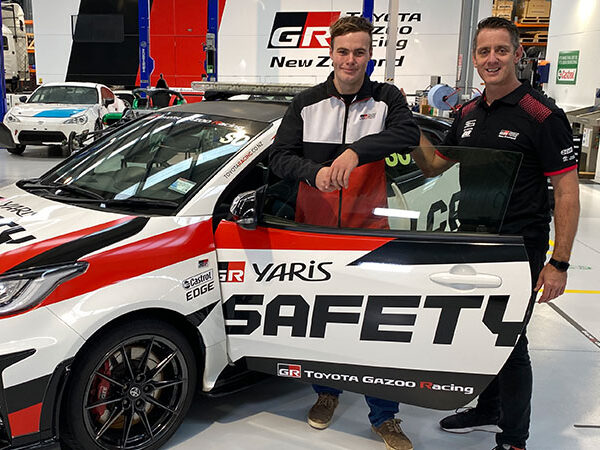 TOYOTA GAZOO Racing (TGR) and Rally New Zealand have announced that TGR are coming on as an elite sponsor of the 2022 Repco Rally New Zealand, a round of the World Rally Championship, in the bid to continue to support the evolution of motorsport in New Zealand.

TGR and Toyota globally have supported motorsport for over 60 years through all manner of motorsport including the WRC with the GR Yaris, WEC, Dakar Rally and other domestic championships.

“We are also focused on finding New Zealand’s next world champion through supporting local kiwi drivers to elevate them on to the world stage. This gives us an opportunity to extend this past the current championships that we run.”

“It’s a big year for us in New Zealand with the factory TOYOTA GAZOO Racing World Rally Team in action on our shores and a great opportunity for us to celebrate and promote our local drivers.”

TOYOTA GAZOO Racing New Zealand has also recently announced that they are sponsoring Jack Hawkeswood for the upcoming Rally NZ season, who is an up-and-coming kiwi rally driver, and the son of former NZ Rally Championship winner Andrew Hawkeswood.

“We are confident Jack will be able to build a name for himself in the championship this year and catch everyone’s eye in Rally New Zealand of course, which will have a worldwide audience,” says Andrew Davis.

Twenty one year old Jack Hawkeswood has been confirmed for the New Zealand Rally Championship this season, starting at Rally Otago, and will campaign a Toyota GR Yaris with support from TOYOTA GAZOO Racing NZ (TGRNZ).