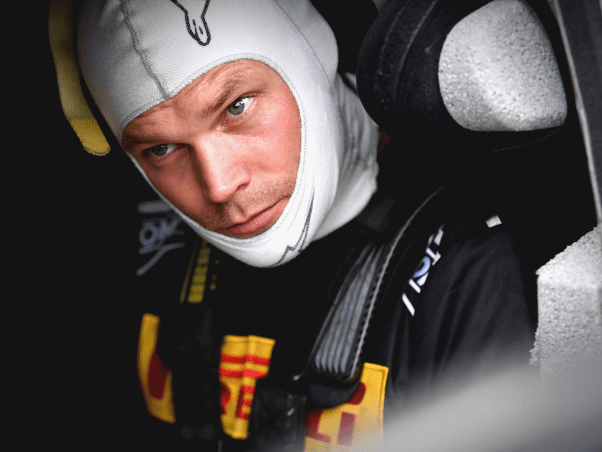 Mikkelsen, who contested selected ERC events prior to his graduation to the world stage, will drive a Pirelli-equipped Škoda Fabia Rally2 Evo on the all-asphalt event from the early week of November. The outing follows a two-day test with Škoda Motorsport in Belgium earlier.
The Topp-Cars line-up revealed

Flying the Topp-Cars flag, Mikkelsen and Fløene will be eligible for ERC points along with team-mates Ádám Velenczei and Tamás Szőke. Velenczei, a rising star of Hungarian rallying, has taken two podiums and a win in the national championship this season alongside Szőke. He has registered for ERC1 Junior.

Mikkelsen and Velenczei will compete in Škoda Fabia Rally2 Evos with Mikkelsen’s car due to be delivered by Škoda Motorsport directly to the team’s Rally Hungary test, which will take place close to the city of Pécs. Csaba Viszló will complete the Topp-Cars line-up in a Peugeot 208 R2. The young Hungarian will be eligible for ERC3 and ERC3 Junior points.

Team owner Topp: Rally Hungary just an ERC taster for Topp-Cars
Gergely Topp, the Topp-Cars Rally Team owner, explained that its Rally Hungary participation is a prelude to a full 2021 ERC campaign. “In this difficult season, we try to think positively and we continue step by step in our plan to return to the ERC 2021,” said Topp.

“Last year we supported ex-Škoda driver Kalle Rovanperä’s participation on the Szilveszter Rallye,  we will show to all rally fans in Hungary, in this difficult time, another star in action,” said Topp-Cars Team Manager Marek Fuks. “Andreas has a lot of experience and technical knowledge, so was a direct choice for us. We are very happy to have an ex-Volkswagen factory driver from the World Rally Championship in our line-up for what we hope will be a very successful event.”

Mikkelsen aiming high in the ERC

Former factory Škoda driver Mikkelsen, 31, said: “I am looking forward to my cooperation with Topp-Cars Rally Team on our way to fight for the win on Rally Hungary. I can’t wait to become part of the FIA European Rally Championship. I hope together with Ola and the Topp-Cars team we will enjoy Rally Hungary. See you in Nyíregyháza.”