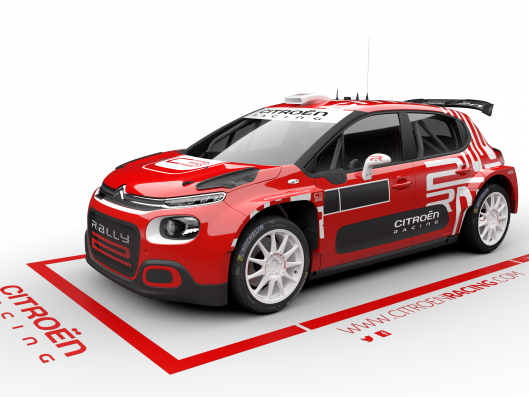 A new name, a new look and a new logo: in 2021, the C3 Rally 2 is getting a serious facelift! Citroën Racing’s philosophy remains steadfast, however: offer its customers an increasingly competitive car whilst constantly lowering running costs, which is why no fewer than seven technical upgrades will be introduced at the start of next year.

“Since its introduction in 2017, we have worked constantly and racked up a lot of miles on the road, enabling us to offer our customers an increasingly fast car, suited to all types of driver and with controlled running costs. This season, even more work was done with our two development drivers, Mads Østberg on gravel and Yoann Bonato on tarmac. Over the last two years, the car has changed a lot, especially with a number of components that have not needed homologation and our efforts have now paid off with national and world titles claimed in 2020 in major championships. There is no need for a revolution on the C3 Rally2 in 2021. We are going to build on the excellent foundation we have, which is both robust and quick, to try and improve it where we can. Although development is a never-ending process, we are excited at the prospect of seeing the performances of our customers in the car with these upgrades.”

“In 2020, the C3 R5 has clearly established itself as one of the market leaders and that was our aim. Despite the health situation, our customers have continued to place their faith in us and we have managed to appeal to new customers too, which is just reward for all the hard work put in by all of the customer racing teams. Our aim on a project like this is to ensure all our customers can enjoy the same upgrades at the same time, regardless of how the car is being used. With the development phase, we have begun the procurement process in order to be ready for the start of the new season. Work is underway, we are waiting on final homologation of the new components so we can offer them and start the process with our customers.”