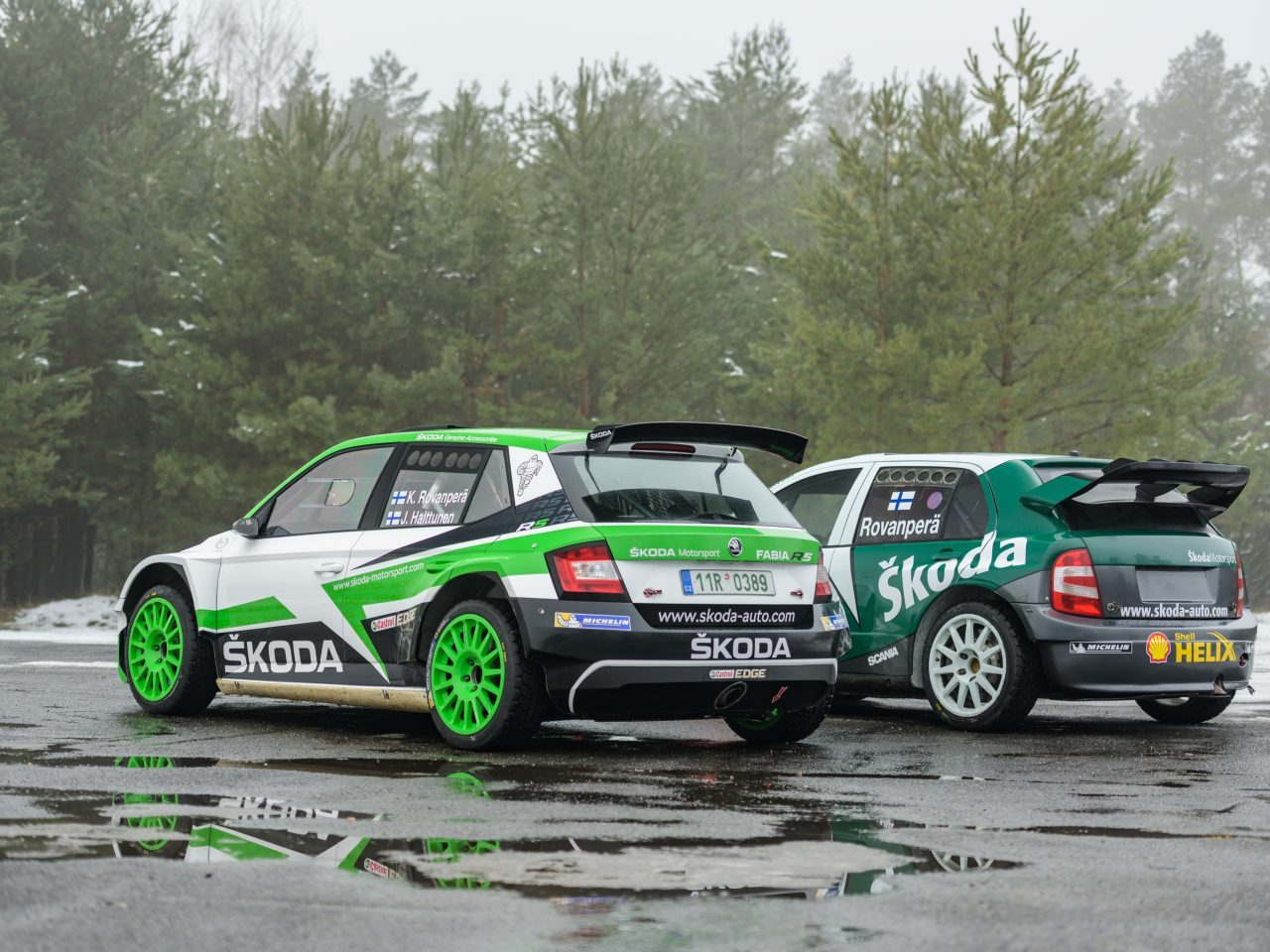 Škoda is hoping its FIA European Rally Championship event-winning Fabia Rally2 Evo will be even better in 2021.

From tomorrow (January 4), newly homologated components will be available to customers, which the Czech make has developed to “secure its competitiveness on rally [stages] around the world”.

The upgrades include new engine mapping, a redesigned intercooler and exhaust manifold, longer gear ratios to increase the car’s top speed from 187 to 202kph, a third set of differential ramps and tweaked dampers.

In addition, efforts to improve reliability centre on a stronger rear axle subframe, a gravel version of the rear brake cooling device, plus, according to Škoda, “a new oil intake and a partition in the lower engine cover, as well as the improved lubrication of turbocharger and reduction of the oil volume”.

Other changes include newly arranged steering wheel buttons, redesigned jack mounting points and, according to Škoda, “a new roll over valve for the breathing pipes of the fuel cell. The new valve increases safety by avoiding excess pressure in the system during all ambient conditions of a rally”.

Michal Hrabánek, the ŠKODA Motorsport Director, said: “The further developed parts of the 2021 upgrade are made to keep success coming for our customers worldwide. We have extensively tested these new components with Jan Kopecký, Oliver Solberg, Kris Meeke, Pontus Tidemand, Andreas Mikkelsen and Emil Lindholm. I’m convinced, the 2021 upgrades provide our customers with an even faster and more reliable Škoda Fabia Rally2 Evo.”