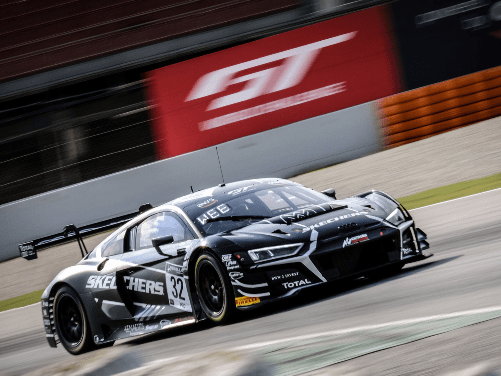 The second weekend of October was full of superlatives for Audi Sport customer racing: two teams won four titles at the European level in GT3 racing. In addition, the Audi RS 3 LMS has won two class titles, the first two victories of the race car in the 2020 FIA WTCR season, and leads in the standings of TCR Europe and TCR Japan Endurance.

Weerts is thus the youngest ever titleholder in this series. The driver duo prevailed in the fight for the title at the fourth round of the racing series in Barcelona with just four points ahead. A second-place each in the second and third race on the final weekend in Spain was enough for the two Belgians to succeed.

As in 2014, 2015, 2016, 2017, and 2018, the Belgian Audi Club Team WRT won the team classification of the racing series. Saintéloc Racing contributed two further class victories. The two Frenchmen Simon Gachet/Steven Palette won the drivers’ championship in the Silver Cup. Their outfit won the Silver Cup team classification ahead of the Belgian Audi Club Team WRT. With Attempto Racing, a third Audi Sport customer team also had reason to celebrate at the finale.

The team from Hanover with Nicolas Schöll and Audi Sport driver Frédéric Vervisch celebrated their first victory in the second race with a 4.6 second lead over Weerts/Vanthoor. The Audi R8 LMS thus won five of the ten individual races of the series this season. In the Endurance classification of the GT World Challenge Europe as well as the overall classification from Sprint and Endurance, the Audi teams are also in promising positions two races before the end of the season.

The podium on the island: Car Collection Motorsport achieved a podium result in the fifth round of the 24H Series. At the Sicily 12 Hours on the Pergusa circuit, Michael Doppelmayr/Elia Erhart/Pierre Kaffer/Hendrik Still finished third overall and second in the Am class in the Audi R8 LMS.