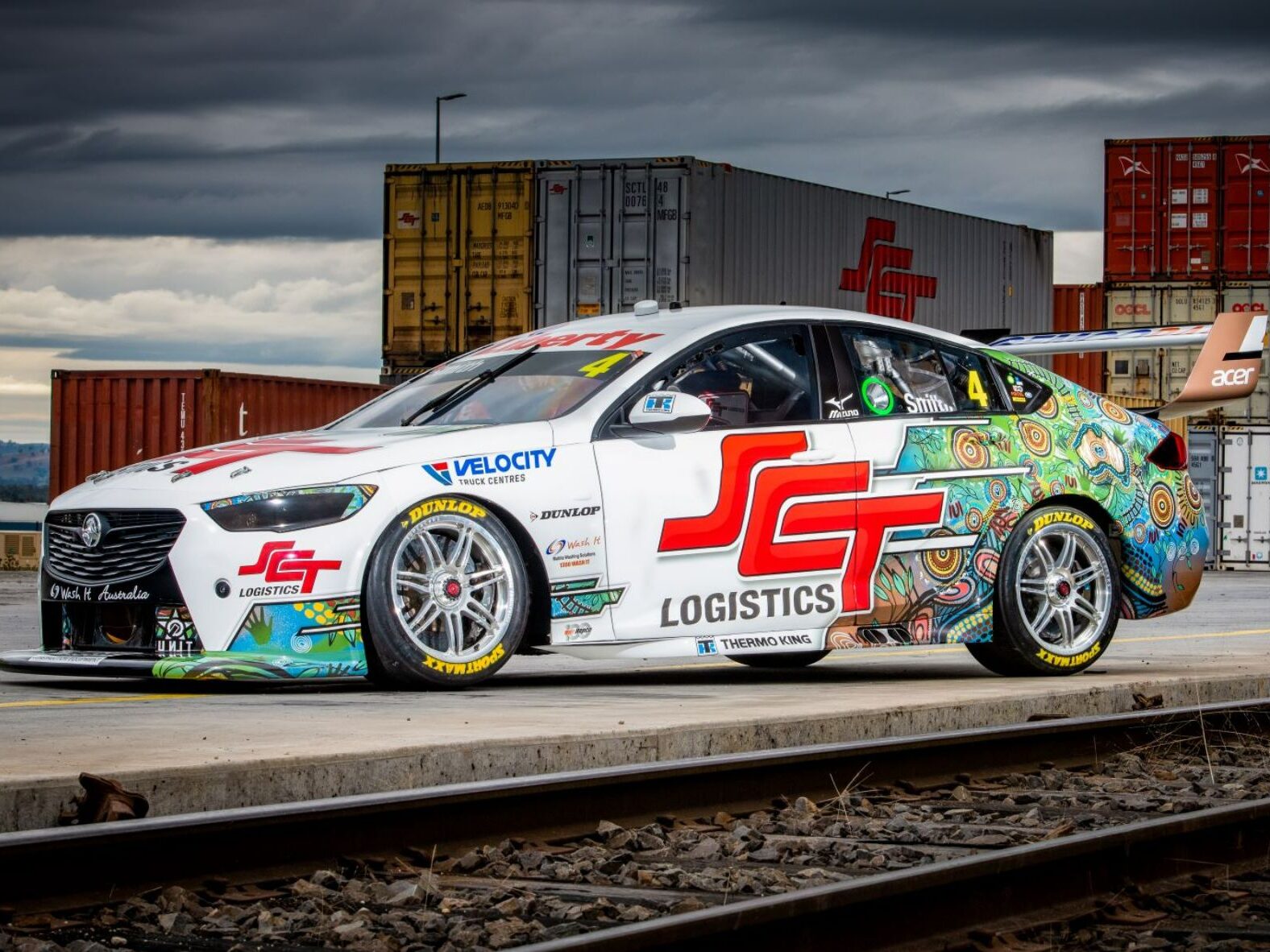 SCT Motorsport is proud to unveil the livery design for Jack Smith’s #4 ZB Commodore ahead of the Merlin Darwin Triple Crown on June 17-19.

Hidden Valley has been designated as the official Indigenous round of the Supercars Championship for 2022 and all teams have engaged with artists to design liveries celebrating the culture of Australia’s First Nation People’s in preparation for the event.

“SCT works closely with the ARTC and given the long and strong ties to the rail industry we hold; we feel that the artwork aligns significantly with our business and our own connection to country as well.

“As the artwork was created to depict the ongoing journey of reconciliation and engagement with the traditional landowners of the land on which we operate, we felt it was the perfect piece to adorn Jack’s car for the Darwin event and we couldn’t be more thrilled with how it looks.”

Younger is the work of Elenore Binge, a Goomeroi/Kamilaroi woman born in Goondiwindi who was inspired to paint by her great Aunt Colleen McGrady. By watching Colleen paint, Elenore learnt the symbols and animals of the Gamilaroi people.

In late 2021, ARTC’s Reconciliation Action Plan Team commissioned Elenore to create Younger as a representation of the Corporation’s aspiration for reconciliation.

Elenore has given her blessing for her work to feature on the livery of Smith’s car and is excited that it will be on a Holden.

“Younger depicts Mother Earth, the land we call Australia, and the waterways are her veins.

“Our Ancestors have walked this Country since time began. The Traditional Custodians of each Nation are our Spirit Guides, and they are there to protect our Lands and to make the reconciliation journey a safe one.

“The Traditional bush medicines acknowledge healing and moving forward with shared learning of the reconciliation journey.

“The black and white hands symbolise reconciliation. Railway tracks are depicted throughout, and the blue lines are Mother Earth’s veins, representing our rivers and waterways.

“The No Harm and Meeting Place symbols and the Five Spirit Guides of the five states that we operate on and through are surrounded by the white footprints of the Ancestors gone before us, surrounded by Sacred Sites that may be on Country.”