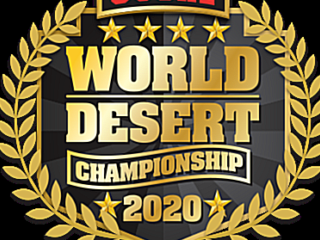 SCORE International has announced further revisions of its 2020 racing schedule with new race dates for the first two events.

“ Following extensive discussions and further analysis with Mexican Federal, State, Municipal authorities along with all of our other significant stakeholders, we have modified the 2020 SCORE race schedule once again, changing the dates for two of three races in this year’s series, stated Jose A. Grijalva, SCORE President &Race Director.

“As previously announced, based on the economic impact and in support of our racers, the SCORE Baja 1000 will be a single loop race starting and finishing in Ensenada.”

Starting and finishing once again in Ensenada, Baja California, the 52nd annual BFGoodrich Tires SCORE Baja 500, presented by 4Wheel Parts, will include qualifying for the SCORE Trophy Truck, SCORE TT Legend, Class 1 and Trophy Truck Spec classes during the middle of race week.

The 53rd BFGoodrich Tires SCORE Baja 1000, presented by 4 Wheel Parts, the iconic Granddaddy of all Desert Races will be held in Ensenada, as a single loop race. Like it is every year, it will be the season-finale of the SCORE World Desert Championship.

Grijalva added, “SCORE will continue to monitor the recommendations of both the U.S. and Mexico governments and we will make any further adjustments as required.”

“The health and safety of our racers, teams, fans and media is of paramount importance to SCORE and we believe these latest modifications will afford us the opportunity to have another memorable SCORE Baja racing season. We urge everybody to follow the established guidelines by health officials so we can all be safe and return to the races.”