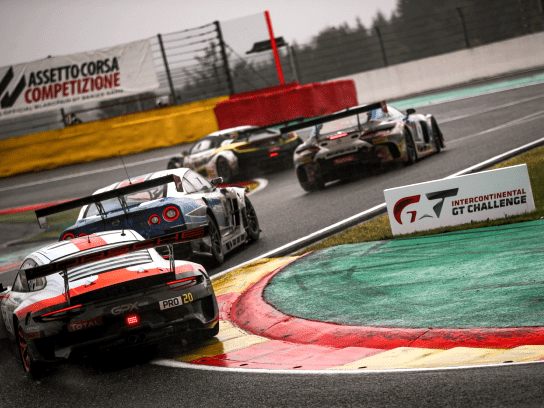 39 of the 56 cars provisionally scheduled to take part in the world’s biggest GT3 race are nominated to score points counting towards the global long-distance endurance series, which has already visited the Liqui-Moly Bathurst 12 Hour and inaugural Indianapolis 8 Hour in 2020.

Spa’s special status as the jewel in world GT3 racing’s crown entitles registered manufacturers to nominate up to six cars each, two more than at any other #IntGTC round. What’s more, four of these – one more than usual – can feature Pro driver line-ups, with the other two entries drawn from the Silver, Pro-Am and Am classes. The number of best-placed cars eligible to score manufacturer points also rises from two to three.

And it’s these regulations, which were revised at the start of 2020 to encourage more nominations across the classes, that have resulted in Intercontinental’s largest-ever entry. Indeed, the new provisional record is 11 more than the previous benchmark set at Spa in 2019 and represents almost 70% of this season’s entire field.

Five of #IntGTC’s registered manufacturers – Audi, Ferrari, Lamborghini, Mercedes-AMG and Porsche – have filled their maximum quota of six cars, while Bentley is one shy of that total. The Indianapolis 8 Hour winners, BMW, have entered three M6 GT3s, and Honda’s sole factory-backed NSX returns to the Ardennes following a strong run last year.

Audi, too, has more Pro line-ups than it can accommodate – Belgian Audi Club Team WRT’s Charles Weerts, Frank Stippler and Edoardo Mortara miss out on this occasion.

Bentley, Ferrari and Lamborghini have all nominated three Pro crews amongst their Intercontinental contingents, while BMW and Mercedes-AMG field two factory efforts. And Honda has opted for the same works crew that finished third at Indianapolis.

Elsewhere, Aston Martin – the ninth registered manufacturer at Bathurst – will not contest Spa or Kyalami as an Intercontinental entrant.

As such, the majority of this season’s remaining events in October – Indianapolis 8 Hour, Total 24 Hours of Spa and Kyalami 9 Hour – take place during the final third of 2020. The Liqui-Moly Bathurst 12 Hour was staged as planned on the end of Jan till the first week of January.