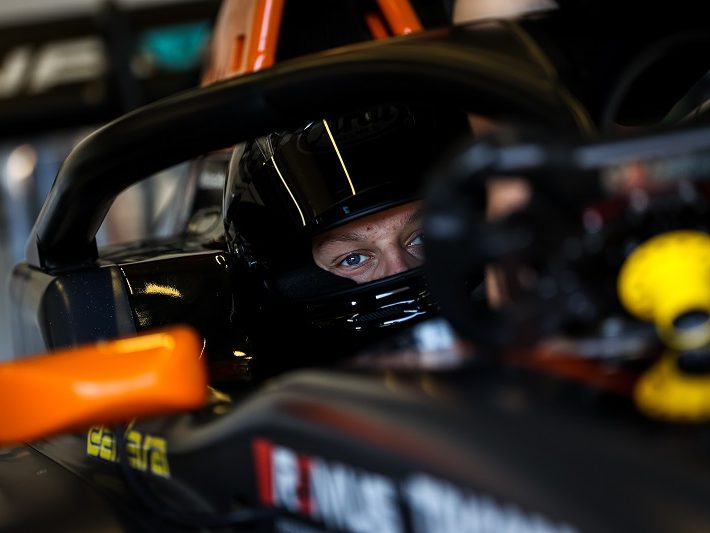 0
Published by JohnnyX
The third driver has now also been confirmed. Oliver Rasmussen (Denmark) will race alongside Matteo Nannini (Italy) and Rafael Villagomez (Mexico) for HWA RACELAB in the 2021 FIA Formula 3 Championship. The 20-year-old joins the team after an impressive season in the Formula Regional European Championship and has already driven the HWA RACELAB car.
Affalterbach, 5th February 2021 – Oliver Rasmussen (Denmark) first took his place at the wheel of an HWA RACELAB car last October, at the post-season FIA Formula 3 tests in Jerez and Barcelona. He had previously caught the eye in 2019 with podiums in ADAC Formula 4 and the Italian Formula 4 championship. In 2020, he moved up a Formula class to drive Formula 3 cars in the Formula Regional European Championship. He was one of the top drivers in this series, winning six of the season’s 22 races. With a total of 13 podium finishes to his name, Oliver ended 2021 in third place in the overall standings.
The HWA RACELAB team will attend tests in Jerez (25th and 26th February), Barcelona (16th and 17th March), and Spielberg (3rd and 4th April), at which it will prepare for the 2021 FIA Formula 3 Championship, which kicks off in Barcelona from 7th to 9th May.

“Participating in FIA Formula 3 is a milestone in my career. Together with HWA we will do our best to be competitive. I hope we grow in strength together and emerge from the coming season as one of the best teams and me as one of the best drivers.”
Thomas Strick (team principal HWA RACELAB)
“Oliver’s performance in the 2020 Formula Regional European Championship was impressive. Six wins and 13 podiums speak for themselves. It shows that he has the potential to produce top performances at the high level of FIA Formula 3. We will support him as well as possible, to allow him to make the most of this huge potential out on the track. Our line-up for the FIA Formula 3 season is now complete. We are pleased to have once again found a good mix of individual personalities who will complement each other within the team.”

About HWA RACELAB
HWA RACELAB is HWA AG’s operations team in motorsport. It brings together experienced specialists in high-quality race engineering and the associated services, in pursuit of success on the motorsport scene. HWA RACELAB entered Formula E as a new team in the 2018/19 season, adding a future-oriented string to HWA’s wealth of racetrack expertise. Since 2019, HWA RACELAB contests the FIA Formula 3 Championship and since 2020 the FIA Formula 2 Championship as well. With eleven Drivers’ titles and over 180 race wins as a works team for Mercedes-AMG in the DTM, the company is one of the most successful players in international motorsport. HWA RACELAB also draws on the company’s other core areas of expertise, such as the development, assembly and running of GT cars for customer racing, as well as the assembly of Formula 3 race engines.