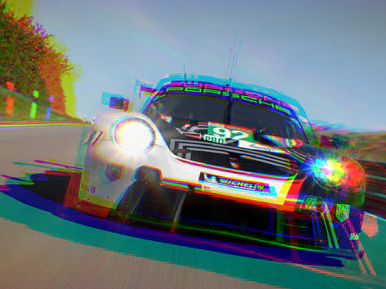 Porsche took on the challenge of the 2020 Le Mans endurance classic with vehicles finished in special designs. The two 911 RSR fielded by the Porsche GT Team tackle the hotly contested GTE-Pro class featuring red-white and black-white liveries – to commemorate the first of 19 overall victories at the 24 Hours of Le Mans 50 years ago.

With crisp lines and shapes, the special colours of the foil wrapping resemble the digital RSR that successfully contested the virtual Le Mans race on the mid-June. The two 515 hp factory cars will carry the lettering “1970” on the front lid and the roof. In that year, Britain’s Richard Attwood and Hans Herrmann from Germany clinched the first overall victory at Le Mans for the sports car manufacturer from Stuttgart at the wheel of the legendary Porsche 917.

On that occasion, the vehicle fielded by Porsche KG Salzburg flew the national colours of Austria. The No. 91 Porsche 911 RSR will race with the very same red-and-white paintwork. On the No. 92 sister car, black replaces the red. Of the ten 911 racing cars to line up on the grid, eight 911 RSR are campaigned by customer teams in the GTE-Am class.

The regular WEC drivers Gianmaria Bruni from Italy and Austria’s Richard Lietz share the wheel of the No. 91 Porsche 911 RSR. Like last year, they will receive support from Frenchman Frédéric Makowiecki. In 2018 and 2019, the experienced trio achieved second place in the GTE-Pro class. In the identical sister car sporting the starting number 92, the reigning World Endurance Champions Michael Christensen from Denmark and Kévin Estre from France are reinforced by Belgium’s Laurens Vanthoor, the defending titleholder of the IMSA WeatherTech SportsCar Championship.

Two years ago, the three drivers brought home a commanding class victory at Le Mans with the 911 RSR decked out in the legendary Pink Pig design. At the 24-hour race in the northwest of France, the WEC awards double points for the individual categories. In the manufacturers’ classification, the Porsche GT Team ranks second after six of eight rounds. The reigning champions Estre/Christensen also sit second in the drivers’ category, with their team colleagues Bruni/Lietz currently in fifth place.

Comments before the race

Fritz Enzinger (Vice President Motorsport): “I’m delighted that the 24 Hours of Le Mans can be held despite the very challenging conditions. I would like to thank the ACO and WEC management who worked alongside the authorities, manufacturers and teams to make this happen. In June, we gave our fans a great show with the virtual 24 Hours of Le Mans. Now the real race has arrived. I’m positive that we’ll provide our loyal fans with another exciting event – and I hope that the thousands of spectators can return to the racetrack next year.”