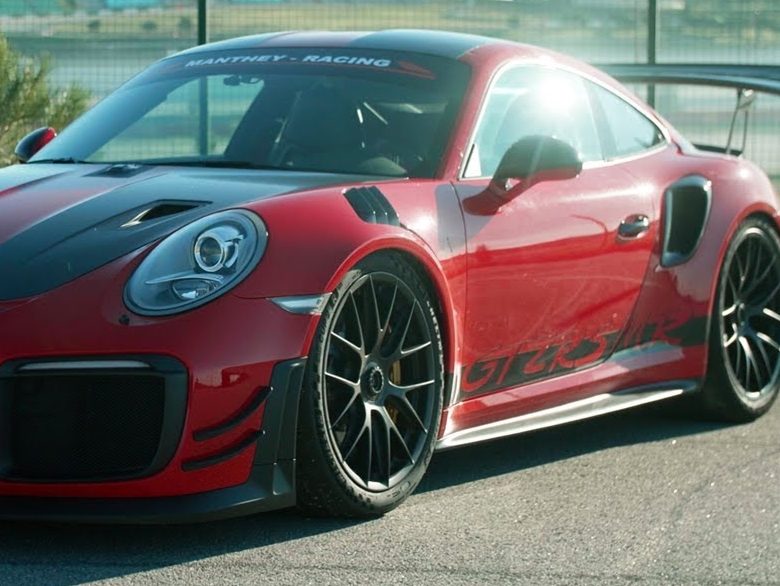 The 911 GT2 RS has added Mount Panorama to its growing list of lap records.                                            After already breaking numerous production car lap records at circuits around the world, including the likes of Road Atlanta and Road America, the Porsche 911 GT2 RS now adds the Mount Panorama Circuit to its resume at the hands of a Porsche enthusiast, Jeff Morton.
While Morton is not a professional driver, he is a strong competitor in Targa events throughout Australia and Tasmania. The new production car lap record of 2m14.238 was achieved in a Super Sprint session at the Challenge Bathurst event at the world famous 6.213 km circuit this morning.
The Porsche 911 GT2 RS which is prepared by GWR Australia, eclipses the previous production record of 2m16.5 set by the Mercedes-AMG GT R of professional racing car driver, Bernd Schneider in 2017.
“I’m extremely happy, the time came pretty easily in the end,” Morton said.
“We put a new set of Goodyear Supersport RS tyres on for the session, and they gave me enormous confidence, especially under brakes.”
“In the first session, I lapped the circuit in 2m15.8, but I was baulked by a slower car in Murray’s Corner. I was elated to achieve the record, but I knew there was more in it and in the second session, once I had some clear track, I was able to do three 2m14 second laps in a row.”
“The car feels amazing; the handling across the top of the Mountain is awesome and the acceleration out of the corners is phenomenal.”
“I was surprisingly calm throughout the process; the car just did everything so well and gave me complete confidence to explore the limits.”
Morton also uses the free Porsche Track Precision App, which records, analyses and displays individual driving data on the track. The App can be displayed directly on the Porsche’s screen using Apple CarPlay® and operated via the Porsche Communication Management (PCM) system.
“My fastest speed on Con-rod Straight was 299.6 km/h; we didn’t quite get to 300 km/h, but maybe next year!” Morton said.