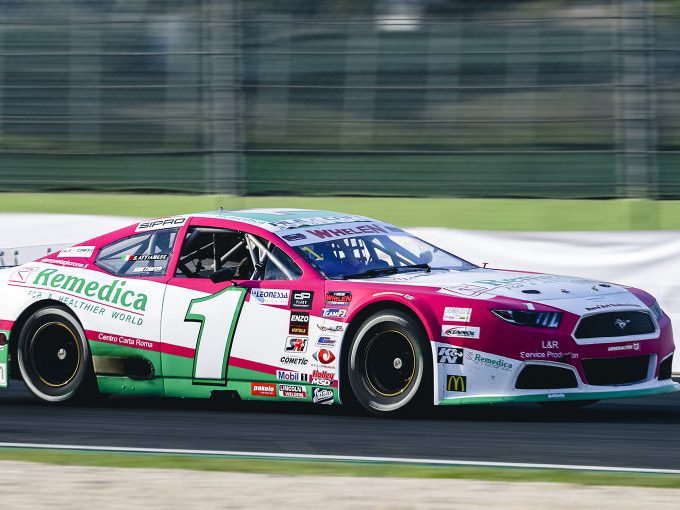 The first ever NASCAR GP of Croatia will feature a special guest on the grid on the EuroNASCAR PRO championship races. Croatian Motorsport legend Niko Pulic will make his NASCAR debut driving the #1 Alex Caffi Motorsport / Race Art Technology Ford Mustang at his home track of Automotodrom Grobnik.

A three-time European Hillclimb Category I champion, a 13-time Croatian Hillclimb champion and a race winner in the European Rally Championship, Pulic is a veteran driver of rear-wheel-drive beasts and looks forward to his first experience in the NASCAR Whelen Euro Series.

“I am glad to take part in the NASCAR Whelen Euro Series next weekend at our Grobnik circuit. I drove many championships in my 40 years career, and achieved many European and Croatian hill climb titles. I have competed in many other series like European Truck Racing, SLR 722 Cup, F3000 and NASCAR will be something new and exciting for me,” said the eclectic 57-year-old. “Grobnik is a very nice circuit and always provides great battles. The final result isn’t so important for me. I just want to have fun and make new racing friends. This is a very big thing for Croatia because NASCAR and the World Rally Championship come to us and we are very happy about it. I can’t wait to be part of it. See you next weekend in Croatia!”

To compete in his first EuroNASCAR event, Pulic will count on the experience of the Alex Caffi Motorsport / Race Art Technology team and will share the #1 Mustang with up-and-coming Cypriot talent Vladimiros Tziortzis.