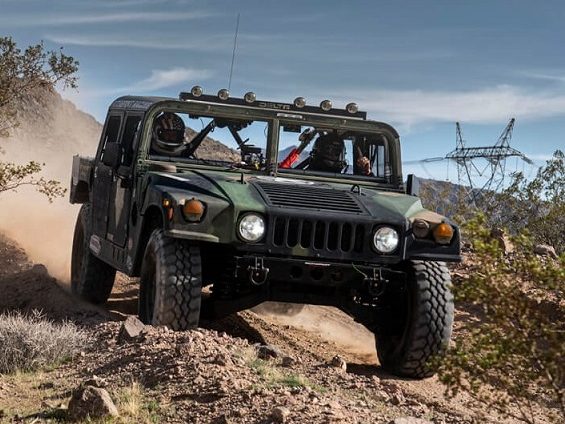 The Great American Off-Road Race™ announced on the 6th of April that they are officially launching an all-new dedicated Military Vehicle Class in time for the 2021 Mint 400,  1st – 5th of December in 2021 in Las Vegas, Nevada. The class will allow manufacturers and owners of historic and modern military vehicles to compete and showcase their vehicle platforms in front of tens of thousands of off-road race fans and enthusiasts, and live to the world via the Mint 400 Live Stream. The creation of the new class comes as Mint 400 owners Matt and Josh Martelli and the Mint 400 Event Director Kilian Hamlin begin planning the second annual Mint 400 Military Challenge, which raised over $100,000 in financial support for veterans and active-duty military in its first year.

“Willys-Overland delivered the prototype Jeep (dubbed the Quad) to the U.S. Army in November of 1940. One could argue that was really the birth of the off-road movement. Within thirty years we were racing down in Baja (1967) and at the Mint (1968), and since then there has been remarkable growth in military vehicle technology. Most of us will never get to see these amazing machines up close, let alone in action – but The Mint 400 is the perfect proving ground to showcase these vehicles, which are used by our military to defend our freedom,” stated Mint 400 Co-Owner and CEO, Matt Martelli.

In 2020, several military vehicles competed at The Mint 400 as part of the Military Challenge including Green Berets with the 5th Special Forces Group (Airborne) who raced their General Dynamics Ground Mobility Vehicle 1.1s, and the Warfighter Made organization who entered their Flyer 22 Vintage Military Light Strike Vehicle (LSV) manufactured by Flyer Defense and a 1988 AM General M998 High Mobility Multi Wheeled Vehicle (HMMWV) aka Humvee. However, their entries came very close to race week and before a full rule set could be structured for the 2020 event. The new class structure will help solidify its place at the storied race, and The Martelli Brothers and Mint 400 Technical Director Bill Savage are now working on class rules.

“We had some bad ass vehicles show up to compete in 2020, and one of the highlights was seeing a fully loaded GMV leave the startline in combat ready condition! What we realized in that moment was these guys aren’t interested in taking parade laps – they want to race! So we’re investing some more time into structuring the class rules to let them go toe to toe out there this December,” stated Mint 400 Co-Owner and COO, Josh Martelli. “There are some fantastic US military vehicle makers out there including GM Defense, Flyer Defense, Oshkosh, AM General, and Polaris Defense, and we want them all to get involved with this class!”

“The Mint 400’s hundred-mile multi-lap race format lends itself well to challenging the Military Class vehicle platform, and no other off-road event in America offers as much in-person and digital brand exposure in the sport,” furthered Martelli.

More information on the new class will be released since May, 2021.