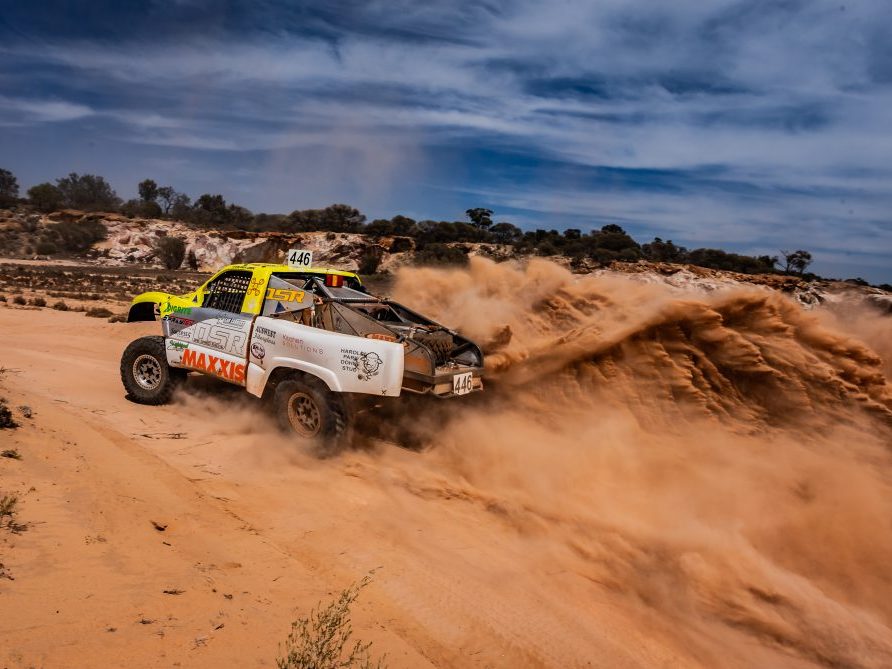 Two new Cups will be up for grabs for AORC competitors.
With Cobb & Co Hotel St George 399, Tatts Finke Desert Race and Hindmarsh Shire Rainbow Desert Enduro all cancelled this year, crews will still be able to contest one of the remaining two scheduled rounds and compete for special silverware at each event, subject to their local travel restrictions.

Both will run as standalone events with the winner of each Cup to receive free entry into their nearest AORC event in 2021, excluding the Tatts Finke Desert Race.

Given this development and the ongoing border restrictions, the 2020 BFGoodrich Motorsport Australia Championship will not be awarded this year.

Crews who hold a Motorsport Australia Clubman level license and are eligible to travel in and out of South Australia and West Australia, or live in their respective state, will be able to fight for the Cups once registered for the prize as part of their event entry.

“Unfortunately, the current circumstances do not allow us to host a fair and suitable Championship battle open to all competitors,” Smith said.

“With that said, we’re thrilled to be able to come up with a solution and we think this is a great opportunity for competitors who are eligible to compete in these two new Cups.

“A big thank you must go out to all those who have been working tirelessly to get the events off the ground, especially organisers from both Kalgoorlie and Loveday, and we look forward to each event getting underway.”

Cup entrants will also receive social media coverage across Motorsport Australia’s channels in the lead up, during and post event. The top three Cup entrants from each event will also be eligible to run a special Cup sticker on their cars in 2021 acknowledging their success.

While the AORC has been cancelled in 2020, planning is well underway for the 2021 season with a calendar to be revealed soon.