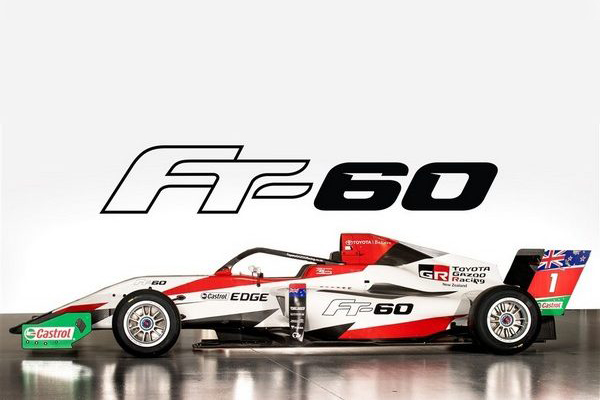 The first testing of TOYOTA GAZOO Racing’s FT-60 open-wheeler was completed at both Hampton Downs and Manfield’s Chris Amon Circuit – the venue for the country’s annual Grand Prix event.

Behind the wheel of the 280 horsepower, high downforce state-of-the-art racer was two-time New Zealand Grand Prix winner Daniel Gaunt and he enjoyed the experience, which included both dry running at Hampton Downs and wet running at Manfield’s Chris Amon Circuit.

“It was a great couple of days really and we were able to work our way through a list of jobs effectively,” he explained.

“There is a big difference between this car and the previous Castrol Toyota Racing Series machines. It’s a much bigger car, with more downforce and it’s 100kg heavier with all of the modern safety equipment.

“That being said, with nearly 300 horsepower and a turbocharger, it’s an extremely quick car.”

The car’s first shakedown runs took place in very hot conditions at three Italian circuits during July, but this was the first time the car had run at home and on circuits that will be used in the 2020 Castrol Toyota Racing Series.