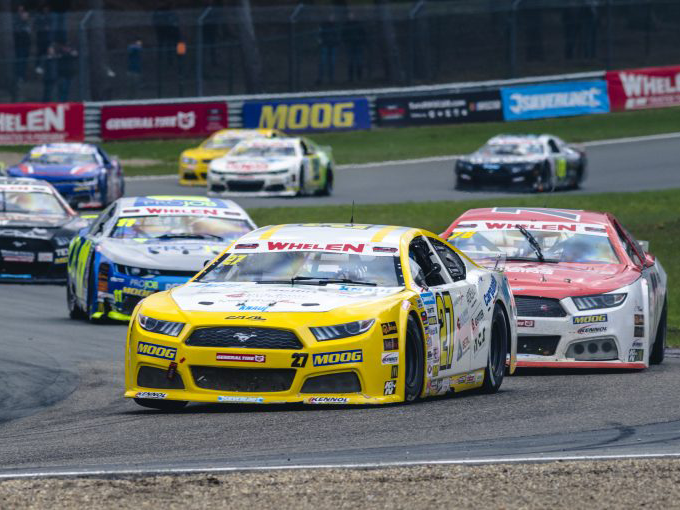 The 2020 NASCAR Whelen Euro Series season is in full swing at the historic Circuit Zolder, in Belgium will host Round 3 and 4 of the championship. Four exciting NASCAR sprint races around the 4-km road course in the heart of the Belgian Limburg region will delineate the battle for the European NASCAR title.

25 cars and 44 drivers figure in the Circuit Zolder American Festival NASCAR entry list, six of which will defend the hosting country’s colors.

In EuroNASCAR PRO, Loris Hezemans and Gianmarco Ercoli grabbed the wins in Vallelunga to open the season and the reigning NWES champion leads the points standings by three markers on Alon Day. The two are on the way to a season-long battle, but with competition being stronger than ever, the contenders will definitely be many more. Lucas Lasserre and Lasse Soerensen are tied for third place and while the French veteran stepped on the podium for the first time since 2018, the Dane proved to be immediately competitive among the best NASCAR drivers in Europe.

Ercoli, looking in the best shape of his career, rounds out the top-5 seven points behind Hezemans and just ahead of 2019 Zolder championship runner-up Stienes Longin.

Jacques Villeneuve was arguably the strongest driver on track in Italy. The Canadian, who went two laps from his first NASCAR win on Saturday and took second on Sunday, will be poised to keep his momentum at Zolder and grab the checkered flag.

All eyes will be on Tobias Dauenhauer in EuroNASCAR 2. After dominating in Italy and becoming the first German to win a NWES race, the Hendriks Motorsport driver will be the clear favorite in Belgium. The rookie leads four Italians in the points standings: Alessandro Brigatti, Vittorio Ghirelli, Nicholas Risitano and Alex Ciompi. Among them, Brigatti and Ghirelli boast the most experience at Zolder having both finished in the top-5 in 2019.

The outsiders will be many as usual, starting with Andre Castro and Guillaume Dumarey, both eager to close the gap from the #50 Mustang of Dauenhauer, and Simon Pilate, who showed great potential in Rome but only completed six laps in two races.

The event will be open to a maximum of 200 fans per day. Ticket holders will be able to access the main grandstand, a grass section and will be able to follow the races on big screens. All four races of the American Festival NASCAR at Circuit Zolder will be streamed live on EuroNASCAR’s YouTube channel, Facebook page and Twitch profile as well as on Motorsport.tv.

Zolder will also host the first event of the 2020 Club Challenge, the regularity contest designed to provide all kinds of drivers with the best opportunity to have a taste of EuroNASCAR.

EuroNASCAR Pro Championship Classification After Round 2