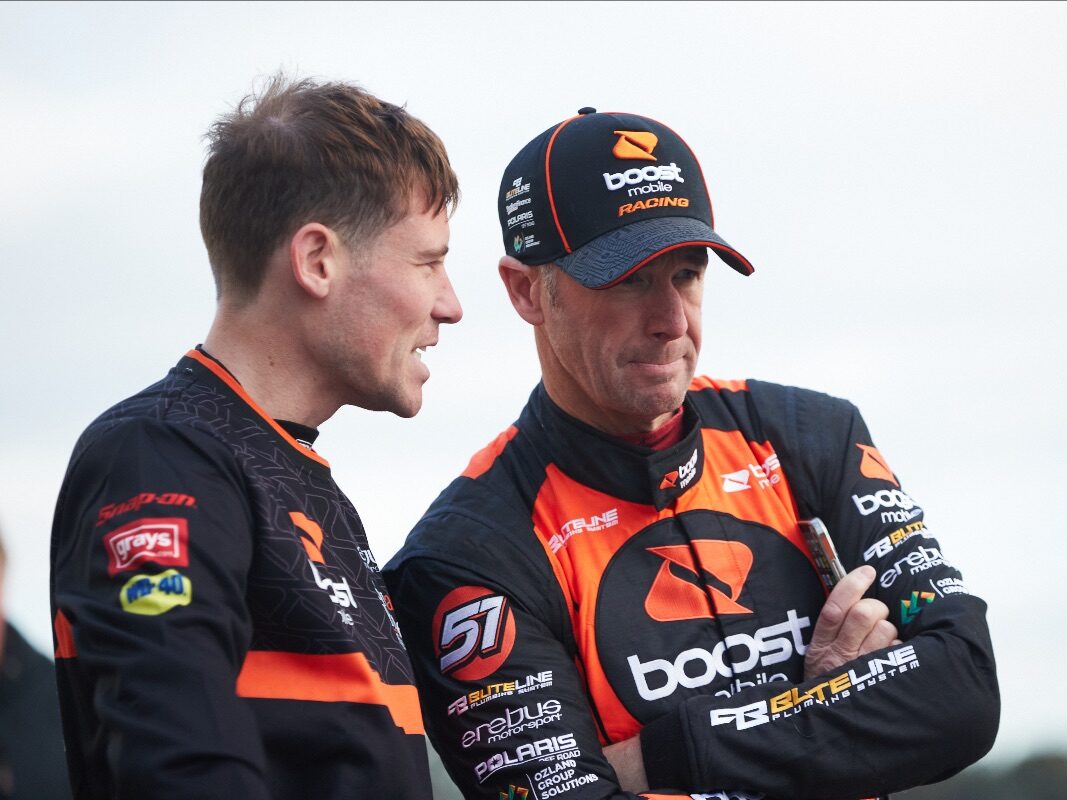 One year on since four-time Bathurst 1000 winner Greg Murphy and compatriot Richie Stanaway announced their comeback, the New Zealand pairing have made their long-awaited return to Supercars.

It was on this day last year that Erebus Motorsport confirmed Murphy and Stanway would field a Boost Mobile-backed wildcard at the Bathurst 1000.

Murphy and Stanaway were set to have their first taste of the Boost Mobile Racing powered by Erebus Commodore at Winton yesterday, though wet weather forced it to be postponed until today.

The #51 wildcard rolled out a new-look test livery, after an initial design was unveiled last October to contest the 2021 running of the Great Race.

Murphy returns to the field after an eight-year hiatus from racing and three years since stepping into a Supercar, meanwhile Stanaway makes his comeback since retiring from full-time competition at the end of 2019.