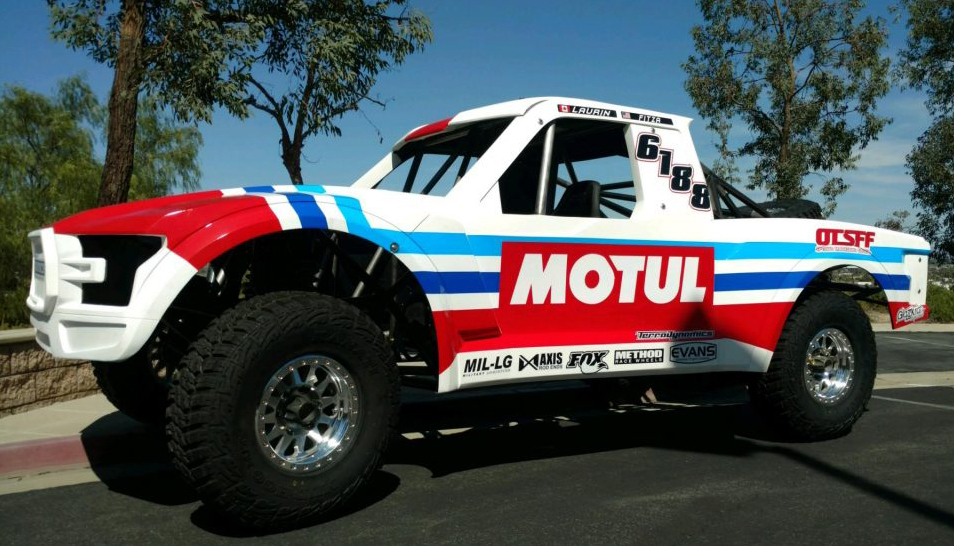 OTSFF Sports Marketing Group’s Andre Laurin is excited to announce the signing of a major sponsorship agreement with Motul, to campaign the 2018 Best in the Desert Racing Association series in the United States. This will be the first activation Motul North America has done in the off-road segment, an important step for the French-based lubricants giant, as well as Team OTSFF.

“We’re very pleased to have Motul come aboard as title sponsor of our off-road racing team for the 2018 season, which I’m eagerly anticipating, as we are ratcheting up our program to compete in the Spec Trophy Class,” Laurin said. “Motul has been involved with OTSFF for the past five years in our motocross and arenacross program as a lubricant supplier, so we already have a solid working relationship with the company. It’s a perfect fit to have Motul with us as we take our truck racing endeavours to the next level.”

Since its founding in 1853, Motul has been a leader in premium lubricants, with a proven race pedigree from Moto GP and Motocross to Formula I and the 24 Hours of Le Mans. Today Motul is found in more than 80 countries worldwide. In the motorsports field, many manufacturers and racing teams – whether auto or moto – trust Motul for its leading edge technological developments.

“We are already partners of OTSFF Motocross, and we are now very happy to extend our partnership to their off-road racing team. As Motul is building a strong momentum in North America, we wanted to expose our lubes to the very American and technically hostile environment of truck racing. We are thrilled to support the OTSFF team and fans,” said Guillaume Pailleret, President of Motul North America.

Although Laurin is best known for fielding successful championship-winning motocross, arenacross and snowcross teams, he has been an avid racer in his own right for close to two decades. But not on two wheels! Over the years, Laurin has competitively piloted off-shore speed boats and sports cars, and more recently off-road trucks. He cut his teeth at the renowned Mosport International Raceway in Bowmanville, Ontario, where he has logged more than 2,000 laps.

Laurin started off-road racing in 2016 in the Best in the Desert’s Sportsman Class. He will be assisted in 2018 by Blind River, Ontario’s Kerry King, who will take care of navigation duties, and team manager Adam Fitza.