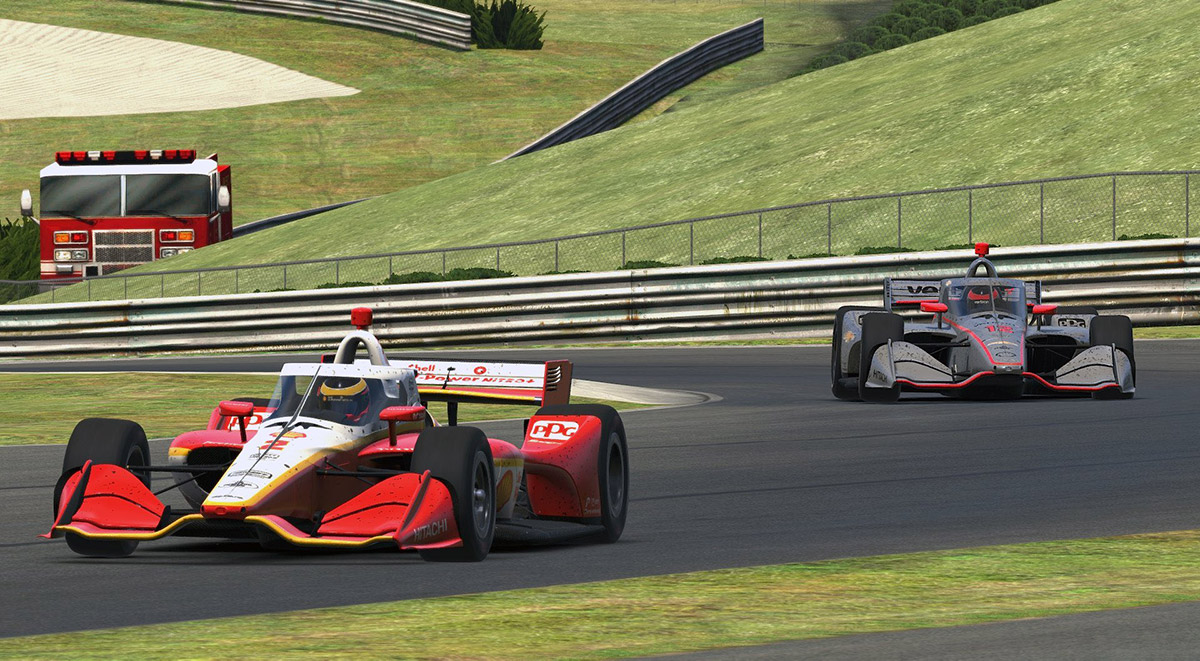 Scott McLaughlin has taken a stunning win in the second round of the IndyCar iRacing Challenge at Alabama’s Barber Motorsports Park.

McLaughlin, who finished fourth in the American virtual series opener, benefited from a clever strategy to climb from eighth on the grid.

Guided by Team Penske engineer Jonathan Diuguid, McLaughlin made a two-stop strategy work, including a visit to the lane shortly before the mandatory lap 15 competition caution.

It paid dividends, with McLaughlin returning from his second stop in second place and duly running down leader Scott Speed.

His biggest threat came from behind in the form of his Australian teammate Will Power.

McLaughlin crossed the line with a mere advantage of 0.418s, with Speed taking a distant third.

“It was really cool. I had Jonathan Diuguid helping me who’s my real-life engineer at Team Penske and the No. 2 Shell car and it worked out great,” said McLaughlin.

“It was better than last week than when I was doing the numbers for fuel in my head.

“We worked hard on what we were going to do with the fuel, and we got some really good track position.

“It’s going to be really different to do it in real life, but this has been really cool for me.

“It’s been a great way to get involved in the series and to help let more people learn about the series.

“I’m really thankful to Team Penske, INDYCAR and iRacing for having the chance to run this race.”

The third round of the championship will be held at Michigan Speedway – but before that, McLaughlin will take part in the BP Supercars All Stars Eseries opener on Wednesday night.

Another Supercars star to test himself against IndyCar drivers over the weekend was Will Davison.

The Milwaukee Racing veteran placed a respectable ninth in the 250km Elite Racing League event at Indianapolis, the 37-year-old’s first official outing in any form of oval racing.