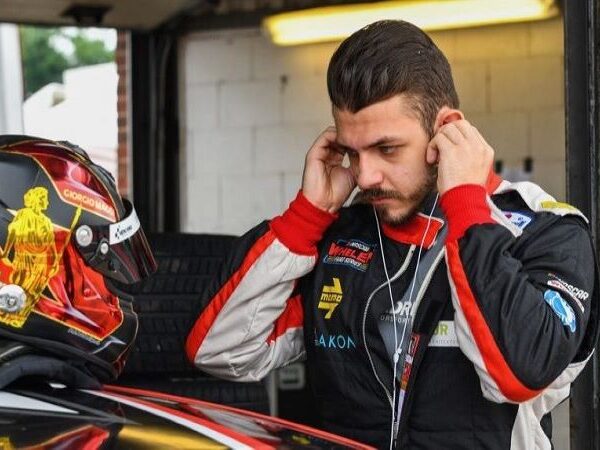 The NASCAR Whelen Euro Series continues to prove itself as the best platform for European drivers to compete in NASCAR in the US.  Giorgio Maggi became the first Swiss driver to join a national NASCAR series in the US when he made his NASCAR Xfinity Series at the Indianapolis Road Course.

Maggi piloted the #42 MBM Motorsport Toyota and teamed up with 2019 NWES champion Loris Hezemans, who made his third appearance in the Xfinity Series in2021. Already teammates at Hendriks Motorsport in Europe, the two made history as the first NASCAR Whelen Euro Series drivers to compete in the same NASCAR national series race in the US.

Maggi drove a 700-horsepower Xfinity car for the first time at the Indianapolis Motor Speedway round course in the state of Indiana. The NASCAR Cup Series and IndyCar races will also be held on the same weekend at the famous circuit in the United States of America, which is why the 23-year-old has the chance to meet many great American motorsport icons.

“It’s still really hard to believe because it seems so surreal,” said Maggi. “I first came into contact with NASCAR two years ago and honestly had no idea about this type of motorsport. Now I’m going to be right in the middle of it! I’m really looking forward to it, but I’m also a little nervous, I have to admit. I’m super excited to be the first Swiss to compete in a NASCAR national Championship in the U.S.”

Toine Hezemans, the mastermind behind the Hezeberg project, said: “I am very happy that Giorgio Maggi started alongside my son Loris [Hezemans] in Indianapolis. He is the first Swiss to race in the NASCAR Xfinity Series. He learned a lot in the EuroNASCAR 2 Championship and was the runner-up in 2019. He’s very mature for his age and has a lot of talent to be successful in the U.S. as well.”

Maggi now has a busy schedule ahead of him: Just two weeks after his Xfinity Series debut, the 23-year-old travelled to Most, Czech Republic, to get back in the points hunt for Hendriks Motorsport in the EuroNASCAR PRO Championship at the NASCAR GP Czech Republic.