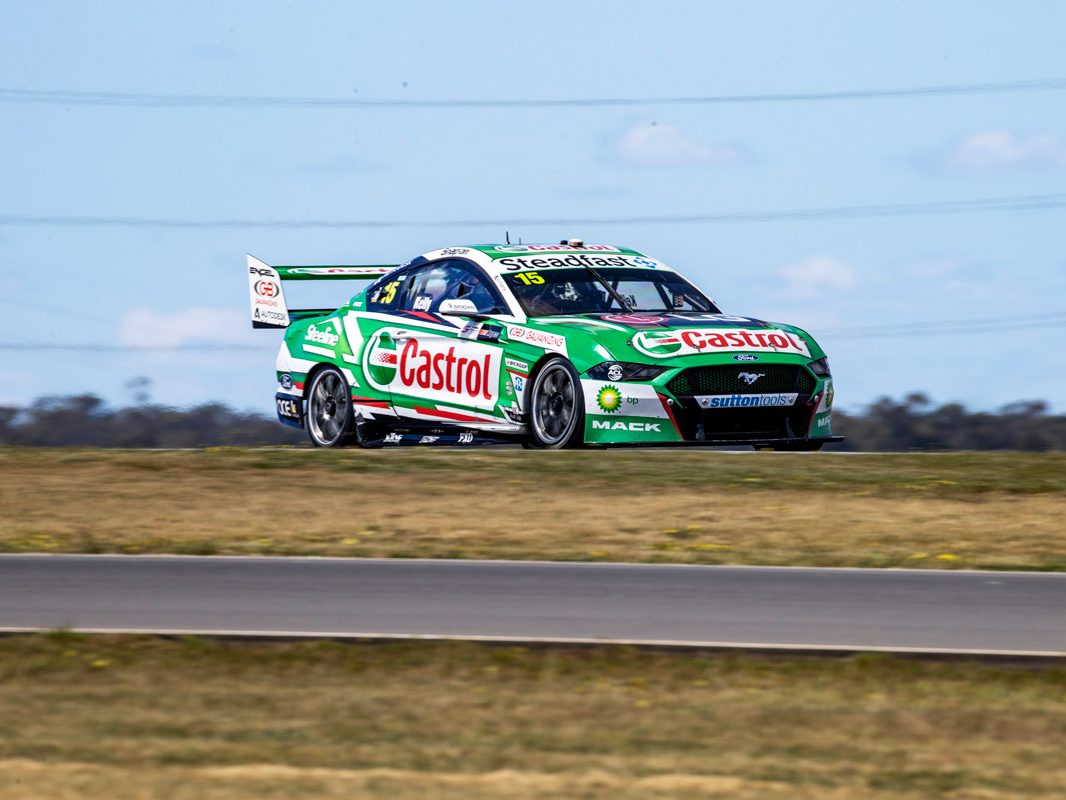 Kelly Racing staff are still chipping away at developing upgrades for their pair of Mustangs before the 2020 season is out.

Led by drivers Andre Heimgartner and Rick Kelly, the squad is one of five Victorian Supercars teams to have spent several months on the road.

It’s made for an ill-timed hiatus from their Braeside headquarters, having only switched from Nissan to Ford in the most recent off-season.

As a result, Kelly Racing has ridden the highs and lows with each different circuit thrown at them; Townsville proving especially painful before a sudden upswing at The Bend last weekend.

Both Heimgartner and Kelly finished all three Repco SuperSprint races inside the top eight, with the NED #7 entry taking its second podium of the season.

Despite the challenges of a temporarily nomadic existence, Kelly assured fans there’s still plenty of work being done back at base to further improve their cars.

“The team are certainly working hard on that,” the 37-year-old told Supercars.com.

“There’s plenty going on in the background to do that but the process you go through now to get something to put on the car is much longer because of the complications around being away from home and our workshop not being able to run at its full potential.

“There are definitely things happening and a team working really hard on that, but it’s a little bit more tricky, the timeline is a bit longer than normal.”

Kelly admitted it’s hard to predict how the team’s Mustangs will take to Mount Panorama next month – especially given the small margins separating the field this year – but he’s hopeful of a competitive showing.

“I think Bathurst will be more suited to our car than what Townsville was and hopefully it will be similar to what we have here at The Bend, but that will come down to how well we roll the cars out of the truck there and a few other things as well,” he said.

“Obviously Bathurst has got very long straights as well and that will come into effect, and you are dealing with a lot of other aspects of racing at Bathurst.

“Some of that is the pitstop stuff, driver changes, fuel economy – all those bits and pieces are things we are going to need to well and truly be on our side at that event, so there are a lot more moving parts there.”

Before then, Kelly has another shot at Tailem Bend, even if the OTR The Bend SuperSprint this weekend will be held on the precinct’s shorter West Circuit.

“When you look at the different sectors of the Tailem Bend track, where we were strong last weekend, most of those elements carry over to this weekend,” said the Castrol Mustang driver.

“I think the big thing that helps us is the style of track and the surface we’re on here, and that’s obviously going to be similar.

“It’s going to have the really quite tight hairpin put into the track leading off a very fast straight so it is going to be interesting, especially off the first lap when 24 of us lob down there from mid-200s to probably what will be 70kph.”

Kelly’s haul of sixth, sixth and eighth last weekend has lifted him to 16th in the championship.