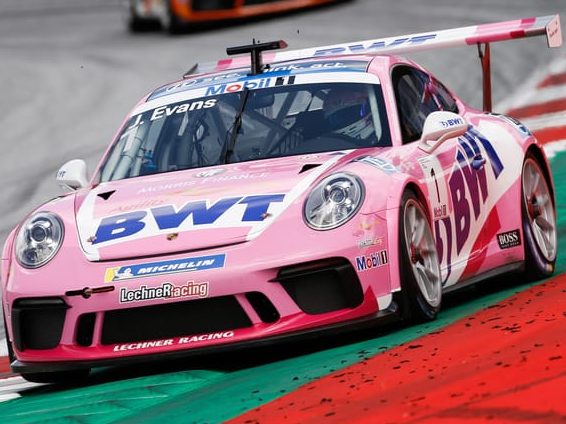 Jaxon Evans will race for French-based, Team Martinet by Almeras in his third season of the International ‘one-make cup’, which runs as a support category across the European Formula 1 events.

With the debut of the all-new 992 generation Porsche 911 GT3 Cup car the 2021 Porsche Mobil 1 Supercup season is shaping up to be more competitive than ever before.

Coming off the back of a strong 2020 season, the 2018 Porsche Paynter Dixon Carrera Cup Australia Champion is ready to use his experience to help the French-based team, launch an assault on the premier one-make cup.

On the announcement, Jaxon Evans said, “I can’t wait to get 2021 underway, the addition of a brand-new generation Cup Car (Porsche 992 GT3 Cup) essentially brings everyone back to a completely level playing field. I’m very excited to work with Team Martinet by Almeras, I’ve raced against them for the past two years in both Supercup and Carrera Cup France, so I’m now excited to join forces. Together, I’m confident we will have a successful year.”
2020 was a strong showing for the New Zealander, claiming pole position and the race win at the opening Supercup round last year. He followed this up with another two podiums and ultimately finished fourth in the Championship standings.

He then backed that up by winning the highly regarded French Carrera Cup Championship, finishing ten out of twelve races on the podium, securing his second Carrera Cup title, and first in Europe. 2020 was no doubt, his most successful international campaign to date.

Evans will announce additional plans for the 2021 racing season in the coming weeks, which is shaping up to be an exciting season after a disrupted 2020. Adjacent to this, he will make appearances in selected VLN races in order to gain experience on the Nürburgring-Nordschleife.