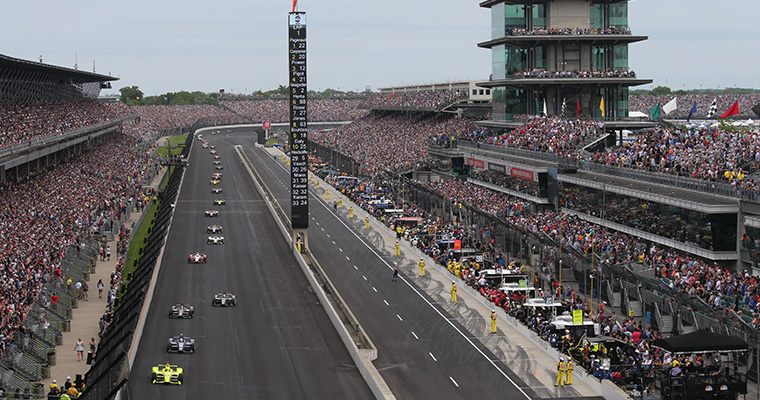 The top tier of American open-wheel racing will hold its new Harvest GP event on Saturday afternoon ahead of Sunday’s inaugural Indianapolis 8 Hour, which hosts round four of the Intercontinental GT Challenge.

IndyCar’s new event, to be staged on Indianapolis’ road course, was unveiled on April 6, as part of the championship’s updated 2020 schedule announcement. The Harvest GP pays tribute to a storied IMS event, the Harvest Classic, held in September 1916. The Harvest Classic was the first racing event held outside of May in IMS history and featured three races all won by legendary driver Johnny Aitken.

Meanwhile, teams contesting the world’s only global GT3 series will be joined on track by their GT World Challenge America Powered by AWS counterparts, for whom the first three hours count towards this year’s domestic championship. Indeed, the Indianapolis 8 Hour becomes the final round of the series’ new provisional calendar, which will be announced separately in due course.

Stephane Ratel, SRO Motorsports Group Founder and CEO: “Sharing Intercontinental GT Challenge’s Indianapolis debut with one of America’s biggest sports categories is a real privilege for everyone at SRO. IndyCar as well as its cast of world-class drivers and teams requires no introduction. It also completes a blockbuster weekend at the Brickyard featuring the best of GTs, touring cars and open-wheelers.

“Indeed, we’re also delighted to include GT World Challenge America’s teams and drivers within the Indianapolis 8 Hour, many of whom can compete simultaneously for domestic and overall honours, as well as Intercontinental GT Challenge manufacturer points.”

J. Douglas Boles, IMS President: “IndyCar in October at IMS might bring slightly cooler weather but will definitely be warmly embraced by our fans. Paired with the Indianapolis 8 Hour, we’re set for a can’t-miss fall weekend of motorsports at The Racing Capital of the World. We appreciate everyone’s support and flexibility as we continue to navigate calendar adjustments caused by the COVID-19 situation and extend our thanks to the GT World Challenge for embracing this new weekend schedule.”

Following Bathurst’s opening round in February, this year’s #IntGTC campaign continues on July 23-26 at the Total 24 Hours of Spa before visiting the Suzuka 10 Hours on August 21-23. The inaugural Indianapolis 8 Hour and Kyalami 9 Hour subsequently close out a campaign featuring five rounds on as many continents.