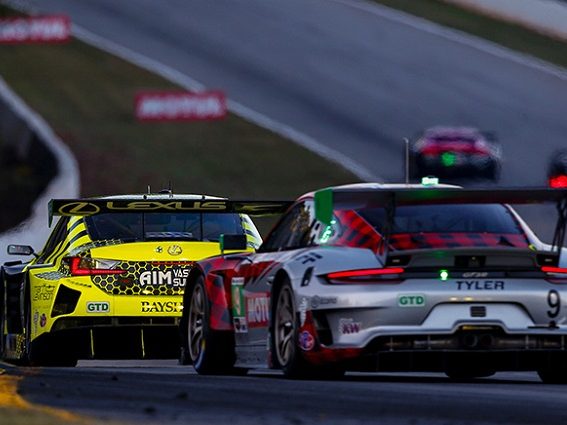 0
Published by JohnnyX
IMSA announced date changes for the Michelin GT Challenge at VIRginia International Raceway and the season-ending Motul Petit Le Mans at Michelin Raceway Road Atlanta following the announcement that the 24 Hours of Le Mans has been moved to Aug. 21-22.
The new Le Mans date falls on the originally scheduled IMSA weekend at VIRginia International Raceway, which was slated to have a live, NBC network television window for the two-hour, 40-minute IMSA WeatherTech SportsCar Championship race featuring the GT Le Mans (GTLM) and GT Daytona (GTD) classes.
As a result of that, and the fact that several teams and drivers plan to compete at Le Mans, the WeatherTech Championship race now will be run on Saturday, Oct. 9, airing live on NBC. It also will become the WeatherTech Sprint Cup season finale for the GTD class. The new VIR event weekend will be Oct. 8-10.
The new date for the 24th Motul Petit Le Mans will be Saturday, Nov. 13 and also will include a live, three-hour NBC network television window. The race will include five WeatherTech Championship classes – Daytona Prototype international (DPi), LMP2, LMP3, GTLM and GTD – and close out both the 2021 WeatherTech Championship and IMSA Michelin Endurance Cup seasons. The event weekend will run from Nov. 10-13.
“Given the momentum we are carrying in regard to television viewership, it is important for us to preserve live, NBC network windows,” said IMSA President John Doonan. “Holding our season finale in November proved successful in 2020  in Sebring, and we have every reason to believe we can be successful again this November at Michelin Raceway Road Atlanta. As always, we are grateful to all of our stakeholders – and particularly our promoter and television partners – for their flexibility and understanding as we maneuver through these changes.”
In addition to the WeatherTech Championship events, the IMSA Michelin Pilot Challenge and IMSA Prototype Challenge races scheduled for both VIR and Michelin Raceway also will be moving to the new event weekends.
Three IMSA-sanctioned single-make series – Idemitsu Mazda MX-5 Cup presented by BFGoodrich Tires, Lamborghini Super Trofeo North America and Porsche Carrera Cup North America – also will be affected by these changes. Updates will be provided by the manufacturers when confirmed.
All 2021 IMSA schedules remain provisional.