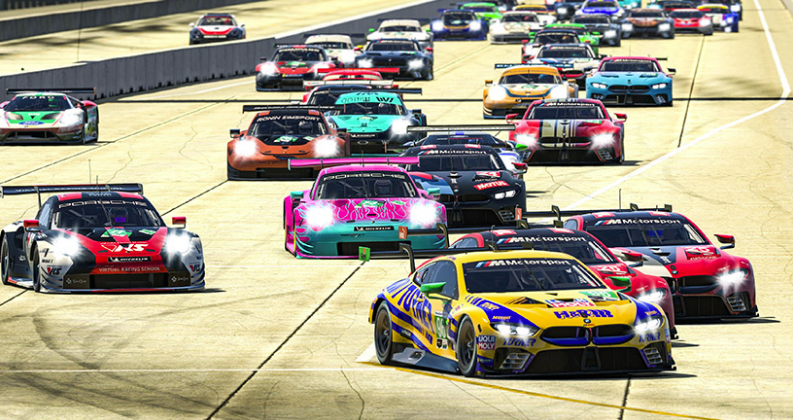 Following last month’s successful IMSA Sebring SuperSaturday on iRacing event, IMSA and iRacing have taken the next step in establishing a bi-weekly series of Thursday night races to be known as the “IMSA iRacing Pro Series.”

“Our Sebring SuperSaturday event and subsequent iRacing events held by other sanctioning bodies have proven to be popular with race fans,” said IMSA President John Doonan. “We had a fantastic turnout of participating drivers and strong viewership, which ignited further discussions among our IMSA team, our partners at iRacing and many of our other partners.

“Together, we determined that a series of races that somewhat mirrors what our actual 2020 WeatherTech Championship schedule was logical. With that, the IMSA iRacing Pro Series was born.”

The invitational series will be open to IMSA drivers. As was the case for Sebring SuperSaturday, the field will be capped at a maximum of 50 entries.

IMSA will establish a points system for drivers based on their finishing position – beginning with last month’s Sebring SuperSaturday. An IMSA iRacing driver champion will be crowned at season’s end.

All races will be streamed live on iRacing’s YouTube channel, Twitch channel and Facebook page, which will include commentary from IMSA Radio announcer John Hindhaugh. Pre- and post-race programming also is planned for The Torque Show, hosted by Justin Bell and Tommy Kendall.

The full IMSA iRacing Pro Series Schedule is as follows:

May 14 – IMSA venue to be determined

May 28 – IMSA venue to be determined