Holden teams and drivers have come together at the Superloop Adelaide 500 as they prepare to represent the iconic brand throughout the 2020 Supercars season.

Monday’s announcement that Holden will cease to exist by 2021 marks a big moment for the sport, which was largely built on the company’s rivalry with Ford.

All 16 of those drivers and crews gathered on the Adelaide pit straight this morning in what shapes as an emotional event.

Red Bull ace Jamie Whincup, who has won five of his seven Supercars championships in Holdens, declared it “a pretty sad week”.

“Of course we think about what it means to Supercars and race teams but before all that, our thoughts are with the hundreds of people at headquarters that have sort of lost their job this week,” he told Supercars.com.

“Also everyone in dealer land, all of the sales people that have not only lost a job but they have heard of the end of a brand that they truly loved.

“It’s been a tough few days, to be honest I can’t stop thinking about it… but we’re here to do a job, we’re here to represent, in my opinion, the best race car in the country and we’ll go out there this weekend and do our thing.” 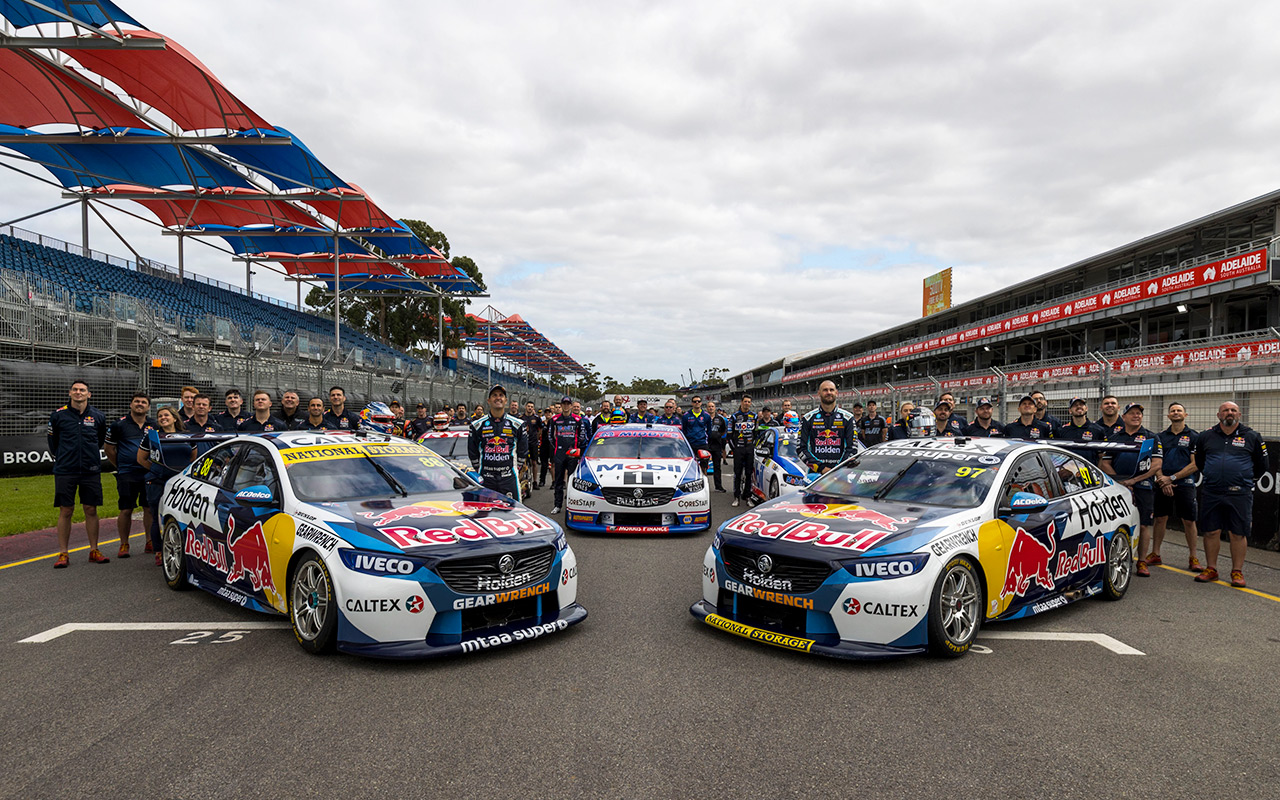 Beyond the decade since Triple Eight switched from Ford to Holden – a move that netted a one-two on debut 10 years ago to the day – Whincup’s very first Supercars race came in a Garry Rogers Motorsport Holden back in 2002.

Whincup said fond memories from his own career, plus before his time, heightened the emotion of the occasion.

“Holden were just a powerhouse, they were the biggest automotive brand in this country by a long shot so to see the decision for it to come to an end… hey, the world keeps moving forward,” he said.

“Whether that’s moving forward in the right or the wrong way, that’s not for this debate, but it’s moving forward, we need to keep evolving and we’ll make sure that Supercars have a long future with or without Holden.”

Holden’s news comes as Supercars continues to work through its Gen3 rule package for 2022, designed to welcome new brands into the sport.