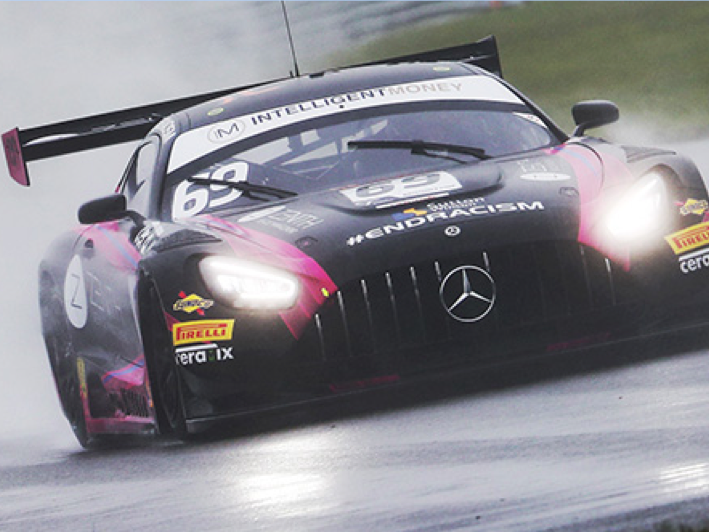 Victory at Donington ensures Patrick Kujala and Sam De Haan must serve the maximum Pitstop Success Penalty. But the latter went some way to easing the burden by claiming pole position for the first 60-minute race.

The wet but steadily improving track conditions meant lap times reduced by two seconds in Q2. But on an afternoon tailor made for Snetterton specialist Phil Keen it was team-mate Sandy Mitchell who set a blistering pace to grab pole position.

RAM’s Yelmer Buurman initially led from Keen before the Huracan driver hit his stride on the second round of flying laps to turn a 0.090s deficit into a 0.015s advantage.

Meanwhile, a loose driver safety net was threatening to derail Mitchell’s challenge before it began. But there was no stopping the Black Bull-backed Lamborghini after a quick pitstop helped fully restore visibility. Indeed, the Scot immediately took provisional pole on his first flyer before overturning Keen’s subsequent improvement with arguably the lap of the season. Three purple sectors accounted for a 2m04.303s – an incredible 0.543s quicker than his team-mate who completed an all-Barwell front row.

Balfe’s McLaren lines up sixth courtesy of Joe Osborne who beat Sam Neary by 0.3s. However, ABBA’s Mercedes-AMG will start Race 2 from the tail of the GT3 pack tomorrow after suspension failure prevented the completion of two flying laps, as mandated in the regulations.