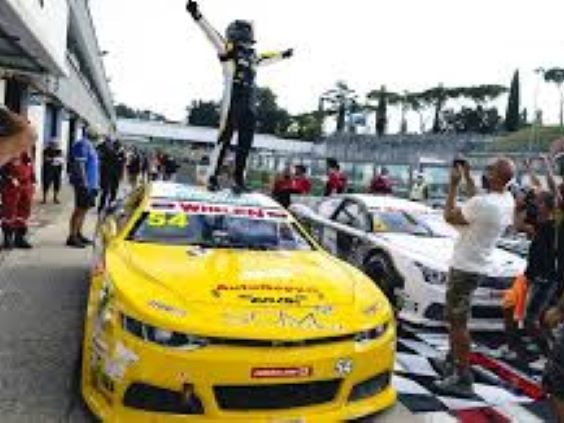 Winning was not easy for the # 54 CAAL Racing driver. Ercoli was relentlessly pressed by Jacques Villeneuve and Lucas Lasserre, who fought tenaciously for second place throughout the race. They failed to mislead Ercoli and the Roman returned to Victory Lane in ENPRO for the second time in his career, following his first success at Brands Hatch in 2018.

“I got off to a good start and took first place just after the first corner,” said Ercoli, who also tops the Junior Trophy standings. “Afterwards, I managed to repel all attacks and achieve my second success in EuroNASCAR PRO. I made my debut with CAAL Racing in 2014 and winning the trophy for the team at our second race together again is just fantastic. Obviously in Zolder I want to keep this line. “