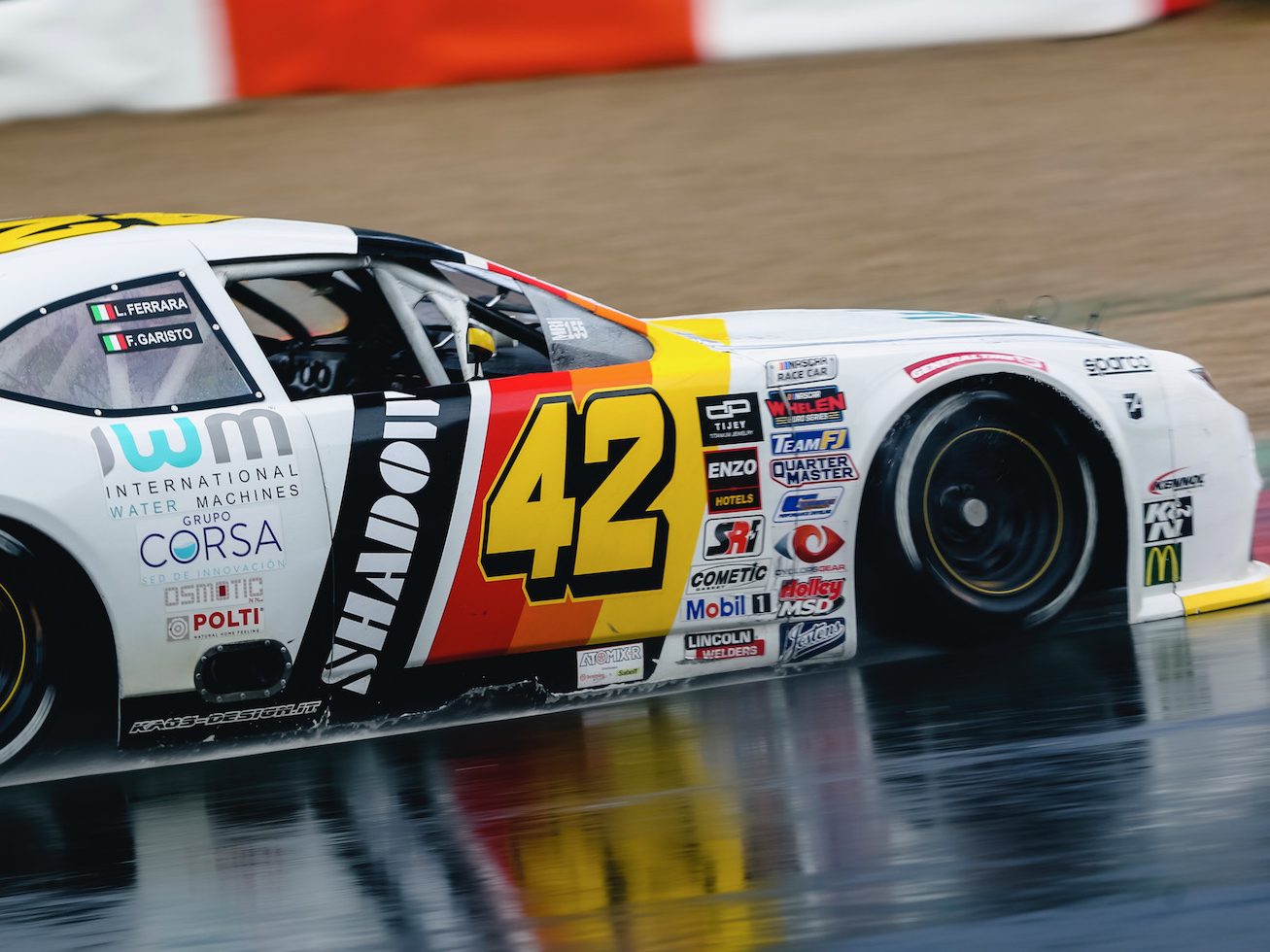 The Italian will drive the #42 Mustang in his second NWES season.

42 Racing and Italian talent Francesco Garisto have announced an extension of their agreement to compete in the NASCAR Whelen Euro Series in the 2021 season. After making his NWES debut with the Swiss team in 2020 through the NWES Drivers Recruitment Program, Garisto will chase the EuroNASCAR 2 at the wheel of the #42 Racing Mustang.

“I’m thrilled to announce my deal with 42 Racing to extend our contract for the 2021 NASCAR Whelen Euro Series! We’ve worked hard to make this possible and we’re currently giving our best to get to Valencia as competitive as possible. My learning curve has grown exponentially during the 2020 season and I didn’t expect to have the competitiveness to fight for top spots,” said Garisto. “This year I will race to win, we know we can do it and we know we have the potential to end up on top. I will put my heart, soul, strength and mental attitude into the fight for the championship crown.”

The 18-year-old Italian finished 9th in points in 2020 in the EuroNASCAR 2 championship with 7 top-10s. The best result of the season for Garisto and 42 Racing came at Circuit Zolder, in the second event of the season, when he climbed on the third step of the podium. They are ready to get back on track and prepare the May 15-16 Valencia season opener, with the plan to field once again two cars on the NWES grid.

“We are very happy to continue the journey in the NWES championship with Francesco, after working with him since October 2019, when we prepared together his participation in the NWES Drivers Recruitment Program. Francesco distinguished himself on the occasion, received support to participate in the 2020 NWES season and the Zolder podium was a well deserved moment of glory,” said Marco Raggi, 42 Racing’s Team Principal. “In 2021 we expect to reap the benefits of what was sowed in the past season. The contenders are many and competitive, but Francesco proved he can carve out a space in the top positions. On our side, during the winter we completely rebuilt our two cars to leave no stone unturned and give Francesco and all our drivers the best equipment.”

Garisto can’t wait to return to action and put his rookie year experience to good use. In the meantime, the Italian is racing in the EuroNASCAR Esports Series.

“During my first year in EuroNASCAR I had the chance to get to know many drivers and team members from all over the world and what I’ve always appreciated is the mutual respect among all competitors. This is something I always liked about this sport. I’m super pumped up and I’m really looking forward to getting back behind the wheel and having some close racing!”

The NWES season will begin on May 15-16 at the Circuit Ricardo Tormo in Valencia, Spain with the 2021 edition of the Valencia NASCAR Fest.