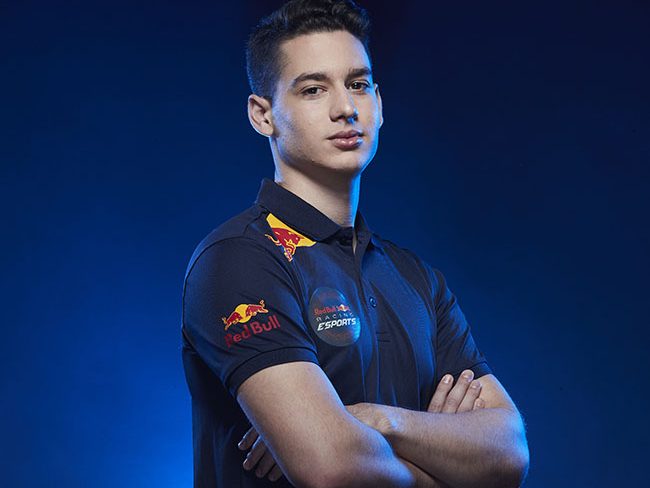 In an exhilarating battle it was Cem Bölükbaşı (M2 Competition) taking the Formula Renault Esport Series title. After ceding to Victor Martins (ART Grand Prix) in race one, the Turkish driver stroke back in winning race two to claim the laurels and give his team its first crown in Formula Renault two weeks prior to the opening race of the season at Monza (July 6-11).

20 drivers battled at Suzuka in the final meeting of the Formula Renault Esport Series inaugural season, including Oliver Solberg and Charles Milesi. Respectively entered by Renault Sport Racing customer racing partners Castrol and B.R.M. Chronographes, the FIA World Rally Championship competitor and the Super Formula racer made their first appearance while they wait for their respective disciplines to return to action.

RACE 1: Martins puts the pressure on

Leader in the general classification, Cem Bölükbaşı dominated free practice before wrapping up the pole position with a best time of 1:41.764s ahead of Fabrizio Donoso (Renault Vitality) and Lorenzo Colombo (Bhaitech Racing).

Fabrizio Donoso made the most of a poor start off the line of the poleman to take the lead in front of Lorenzo Colombo before the Italian driver went off at the Denger 2 corner. Further back, Oliver Solberg (Team Castrol Esport Series), Bent Viscaal (MP Motorsport), Charles Milesi (Team B.R.M. Esport Series), William Alatalo (JD Motorsport) and Romain Boeckler (Team Esport Series) were involved in a multi-car incident triggered by Nicolas Longuet (Renault Vitality).

At the end of lap one, Fabrizio Donoso led the way, ahead of Victor Martins and Cem Bölükbaşı. The leading trio quickly pulled away from Isack Hadjar (M2 Competition) and Nicolas Longuet, who received a drive-through penalty for causing the race-start accident.

On lap five, Victor Martins took the lead of the race with a fantastic overtake in the 130R. Fabrizio Donoso tried to answer back at turn one, but his move let Cem Bölükbaşı move into second place. Fabrizio Donoso saw his title hopes vanish two laps later when he was given a drive-through penalty when he sent Cem Bolukbasi into a spin.

Behind Victor Martins, Isack Hadjar moved up to second place and tried but to no avail to pressure the race leader, who went on to score his third victory of the season. Despite an error, Cem Bölükbaşı recovered from his earlier mistake to retake second place just a few hundred metres from his team mate Isack Hadjar, who claimed his first podium result in just his third race in the category.

While Cem Bölükbaşı et Victor Martins came into the final race all square, the Turkish was once again unbeatable in qualifying to take his seventh consecutive pole position in 1:41.624s.

However, Cem Bölükbaşı was overtaken by his rival at the start. Behind the two title contenders, Joey Alders, László Tóth and Bent Viscaal were involved in an accident while Nicolas Longuet hit Isack Hadjar in their battle for fourth place.

The turning point in the title fight came in Turn 12. Victor Martins activated his DRS to defend his position and spun. Inheriting the lead and aware that the slightest mistake could cost him the title, Cem Bölükbaşı did not insist when Fabrizio Donoso went on the attack on lap two.

The two soon built a gap to Marc De Fulgencio, who ran alone in third place ahead of Mahaveer Raghunathan and a chase group animated by the contact between Charles Milesi and Victor Martins, who was in the midst of an incredible run towards the front of the field.

On lap four, Cem Bölükbaşı retook the lead before Fabrizio Donoso answered back four laps later. The action was heating up further back in the field with Oliver Solberg passing his rivals left and right -a new exercise for the rally driver! – with a superb outside pass on Lorenzo Colombo (Bhaitech Racing).

Under pressure from Cem Bölükbaşı, Fabrizio Donoso finally gave way on the penultimate lap. Cem Bölükbaşı took his fourth win of the season ahead of the Chilean driver and first-time podium finisher Marc De Fulgencio. Despite a five-second penalty for a nudge to Mahaveer Raghunathan, Victor Martins finished fourth ahead of Grégoire Saucy and the Indian driver while Oliver Solberg, Romain Boeckler, William Alatalo and Lorenzo Colombo completed the point-scoring positions.

Cem Bölükbaşı becomes the first champion in the history of the Formula Renault Esport Series with a 13-point margin from Victor Martins. The Frenchman took solace in winning six of the eight sets of tyres on offer from Renault Sport Racing and Hankook ahead of the first meeting of the season at Monza beginning Monday July 6th.

Cem Bölükbaşı (M2 Competition): “This title makes me very happy and I would like to thank M2 Competition. We took this competition very seriously by running hundreds of test laps before analysing the telemetry data. This allowed us to maximize our performance. In race one, there was an unfortunate contact with Fabrizio, but that’s motorsport. I had to settle for second place that put me on equal points with Victor. Whoever finished ahead of the other in the final would be champion and I think that made my life a little easier as I could finally just go for it. I had to push him to make a mistake and it worked from the first lap. After that I had to stay calm and manage my pace even though I went on the attack at the end of the race. I’m now going to focus on my GT4 European Series programme, but I’d love to have a chance to return to the Formula Renault Eurocup to get on the real podium. I’m sure that this is only the start of a great story in single-seater racing!”

Victor Martins (ART Grand Prix): “Although I’m obviously a bit disappointed, I had a lot of fun and achieved my goal in winning six sets of Hankook tyres for the season. The first race was intense. After a difficult qualifying session, I picked up a position at the start before attacking Cem, because I had to pass him quickly to control the battle.

Unfortunately, I made a mistake in race two when I activated my DRS in a fast right-hander, which caused me to spin. All the same, it was a great evening with another victory under my belt and I can now focus on my Formula Renault Eurocup campaign. In less than ten days’ time, we’ll be back behind the wheel of our Formula Renault FR-19s and I’d like to thank Renault Sport Racing and its partners for this championship which enabled us to get back to a competitive environment!”