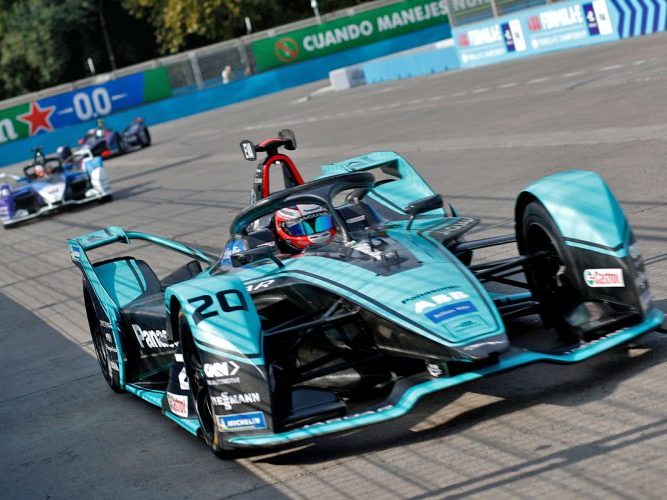 After a chaotic showdown in Santiago, Panasonic Jaguar Racing’s Mitch Evans claims the team still has ‘work to do’ after a software problem saw what should have been a clear lights to flag victory slip away, leaving the Kiwi driver in third.

For Panasonic Jaguar Racing frontman Mitch Evans, the aftermath of the Santiago race left the championship hopeful with a “bittersweet” taste. On one hand, the Kiwi managed to secure a crucial 19 points after coming in third and clinching the Julius Baer Pole Position (worth three points). But on the other hand, Evans should have managed more.

Starting from Pole, Evans led for the best part of half the race, until BMW i Andretti Motorsport’s Max Guenther slipped past in a perfectly timed overtake with 25 minutes left on the clock.

“The race sort of slipped from our hands, it was a bit of a strange one,” admitted Evans as the dust settled on the Parque O’Higgins circuit.

“Looking at the positives, we’ve got some good points and a podium after having a bad start of the season, so I am happy with that.

“Starting from P1, I wanted to walk away with a win, but we still have work to do,” he added.

With 21 points to his name after three rounds, Evans sits eighth in the championship standings – 17 points from Mercedes-Benz EQ driver and new championship leader Stoffel Vandoorne.

“From the start, we had software problems that we had to deal with – I’d never experienced them before.

“I over-consumed energy because I wasn’t getting any information…it left me blind and getting no guidance…it was extremely difficult to manage the race today.

“It could have been a lot worse but we need to look into it. I’m happy with the result but it was bittersweet,” said the Jaguar driver with a smirk.