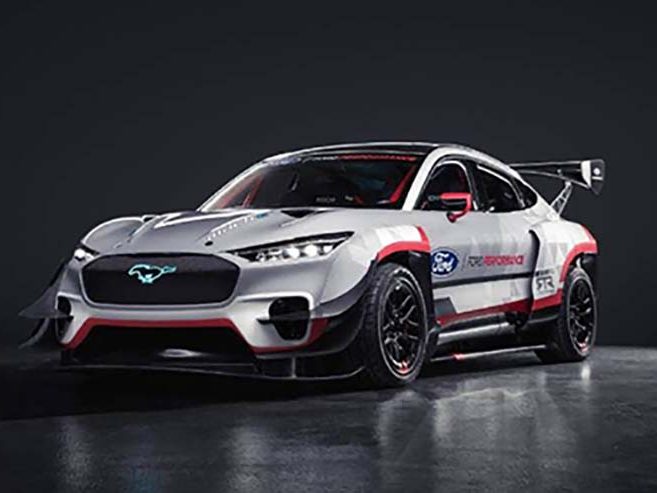 Ford announces the launch of an all-electric Mustang Mach-E 1400 a one-of-a-kind prototype developed in collaboration with RTR vehicles. Even the thought of an electric car with a peak horsepower of 1400 is insane. The car can drift, drag, spin at a gymkhana course and anything that a driver can dream of. It is set to take the level of racing a notch up.

Mustang Mach-E 1400 is soon to perform at NASCAR race, and is designed specifically to challenge the perception of what an electric car can do in terms of the performance at the highest level and advanced technology. The car boosts of a seven-electric motor with more than 2,300 lb. of downforce at 160 mph and super performance batteries, equipped for any track or drag strip.

“Getting behind the wheel of this car has completely changed my perspective on what power and torque can be,” said Vaughn Gittin Jr., RTR Vehicles founder, motorsports champion and professional fun-haver. “This experience is like nothing you’ve ever imagined, except for maybe a magnetic roller coaster.”

The car has a futuristic design with Aerodynamics optimized for shape and location, with a focus on cooling ducts, front splitter, dive planes and rear wing. The team examined the vehicle at various layouts and their effects on the performance and the energy consumption. It is so meticulously designed that separate front end configurations been incorporated with control arms and steering changes to allow for extreme steering angles in drifting.

Mustang Mach-E is expected to be on the streets of U.S. by the end of this year. Ford is further looking to invest $11.5 billion in the electric cars across the globe.