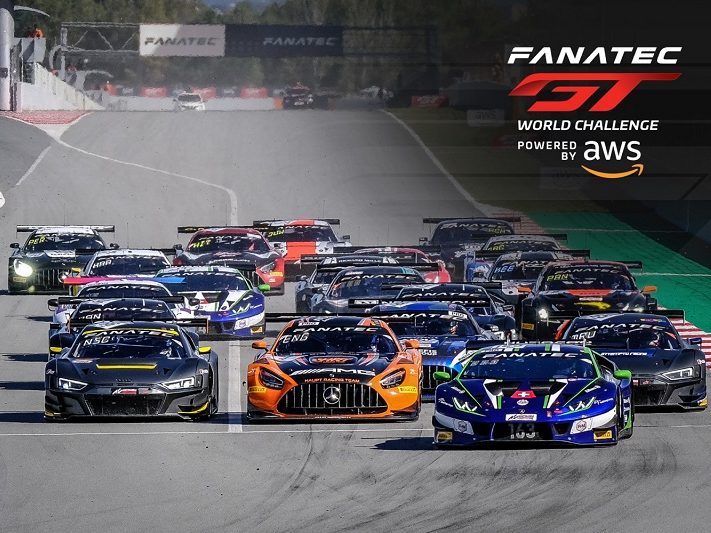 SRO Motorsports Group and Fanatec have agreed to a multi-year expansion of their existing partnership that will see the German brand become title sponsor of GT World Challenge Powered by AWS and the new GT2 European Series.

An established global leader in high-end sim racing hardware for consoles and PCs, Fanatec began its association as an official partner of the SRO E-Sport GT Series in 2020 and will move into a prominent new role for the coming season.

Indeed, Fanatec will join SRO at the forefront of a pioneering initiative that unites real-world and virtual motorsport at all five rounds of the GT World Challenge Europe Endurance Cup, including the prestigious Total 24 Hours of Spa.

An on-site esports contest, organised in cooperation with AK Informatica, will be staged at each event using Assetto Corsa Competizione, the official video game of Fanatec GT World Challenge Powered by AWS. Entrants competing for overall honours and those in the Silver Cup class will nominate one driver to represent them in a virtual race, which will award teams’ championship points.

This groundbreaking concept will see sim racing directly influence the outcome of a real-world championship, a first in global motorsport. In the coming seasons, there is potential to expand the model further afield to Asia, America and Australia.

Fanatec represents the ideal partner with which to embark upon such an ambitious project. Indeed, the brand has already demonstrated its expertise in this area by launching a crossover steering wheel that can be used both on the sim and inside the cockpit of the upcoming BMW M4 GT3.

Entering its third year of competition in 2021, Fanatec GT World Challenge Powered by AWS sees leading manufacturers compete for international glory through their continental customer racing programmes. The global calendar is drawn from four established series, spanning leading circuits in Europe, Asia, America and Australia. The first Fanatec GT World Challenge Powered by AWS event of 2021 will be staged at Phillip Island, which kicks off the Australian championship on 20-21 February.

Fanatec will also lend its support to the GT2 European Series, a new championship that forms part of the revitalised GT Sports Club concept. The category will launch this season with a five-round calendar, providing a competitive outlet for the high-power models already produced by Porsche, Audi, KTM and Lamborghini.

The maiden race will form part of the support package for the Fanatec GT World Challenge Europe Powered by AWS season opener at Monza on 15-17 April. The Fanatec GT2 European Series will then stage events at Hockenheim, Silverstone, Spa-Francorchamps and Circuit Paul Ricard in what promises to be an exciting debut season for the new category.

Thomas Jackermeier, Endor AG CEO: “There are good reasons why this series is the most popular GT series in the world. Stephane Ratel is leading the industry with innovative changes and he was very open when I introduced my ideas about a combined sim racing motorsport series to him. Allowing virtual race events to contribute to real-world championship points is the ultimate acknowledgement that sim racing has truly arrived on the big stage. It sets the bar high for other racing disciplines to integrate esports in more meaningful ways in the future.”

Marco Massarutto, Co-Founder and Executive Manager at Kunos Simulazioni SRL: “The worldwide lockdown forced motorsports to engage with virtual driving more so than in the past, and its potential has been better understood and is seen as a legitimate complementary tool to real-world racing, which continues to remain irreplaceable. Nevertheless, we believe that this initiative can bring drivers even more competition, offering the public a renewed and interesting vision of motorsports, be it real or virtual.”

Stephane Ratel, SRO Motorsports Group founder and CEO: “We are delighted that Fanatec will greatly enhance its partnership with SRO this season by becoming title sponsor of both GT World Challenge Powered by AWS and the GT2 European Series. I am excited by the initiatives that our collaboration can produce, particularly by integrating real-world racing and simulation. Having pioneered the introduction of Balance of Performance and driver categorisation, SRO has earned a reputation for breaking new ground within the sport., we are proud to be at the forefront of another revolutionary moment as the first championship to merge virtual and real racing. It is clear that GT racing is immensely popular within the esports community, which speaks to its potential globally. As a leader in its field of expertise, Fanatec can play a crucial role in the project. This is also a tremendous boost for the Fanatec GT2 European Series, which I am very excited to see launch at Monza in April. Everything is in place to ensure a strong maiden season for our new category.”