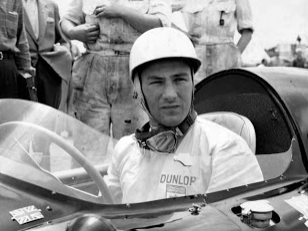 SIR Stirling Moss has died aged 90 in the early hours of Easter Day, after a long illness, his wife Susan announced today.

Moss rose to fame in the 1950s and has been recognized as the greatest all-round racer ever.

He never won the Formula One title, although he finished runner-up four times and had three, third place wins.
His first Grand Prix victory was in 1955 at Aintree, home of the British Grand Prix at that time. He was the first British driver to win the event.
During his F1 racing career he won a total of 16 Grands Prix.
Martin Brundle Tweeted: RIP Sir Stirling Moss. A mighty racer and gentleman. He had a press on style on the track and in life. Remarkable man. Survived the most dangerous era of motorsport and died today aged 90. He had such great stories to tell, and it was a privilege to know him.
In 2019 at Stirling’s 90th birthday, Lewis Hamilton stated: “Stirling is a great ambassador for the sport, and the UK,” he is a “legend”.