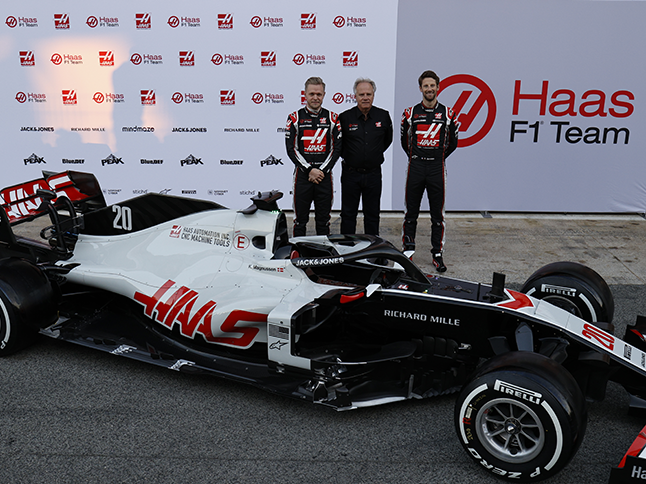 The FIA Formula One World Championship is ready to get its re-arranged 2020 season underway and Haas F1 Team is geared up to end a prolonged period without competition, commencing with the Austrian Grand Prix, hosted at the Red Bull Ring in Spielberg.

The much anticipated 70th anniversary campaign was due to begin in Australia back in March but the event was cancelled along with the abandonment of several others, as Formula One chiefs forged a path through the global crisis.

The wheels of Haas F1 Team’s 2020 Formula One car, the VF-20, have not turned in anger since February 28, when six days of pre-season testing at the Circuit de Barcelona-Catalunya came to a close. It has been one of the longest periods without Formula One activity in the championship’s distinguished history, and everyone is eager to return to racing in a safe and sanitized environment at Spielberg to unleash the 2020 spectacle for the first time.

To enable a grand prix to take place under revised conditions Formula One team personnel will practice social distancing, observe hygiene protocols, with travel and accommodation arranged in a responsible manner. Paddock personnel will be regularly checked and tested.

The 4.318km (2.683mi) Red Bull Ring, located in the small Spielberg commune, has only 10 turns but the short lap time leaves very little room for error, with any mistake amplified. It will be the 33rd time that Formula One has raced at the venue but the first time that Spielberg has hosted Formula One’s season-opener. It is also the first time that the curtain-raiser has taken place on European soil since 1966 – 50 years before Haas F1 Team took its maiden steps in the championship.

Returning to Austria brings back positive memories as in 2018 it was the location for Haas F1 Team’s best ever Formula One result, when Romain Grosjean led home team-mate Kevin Magnussen to finish fourth and fifth respectively, bringing home a haul of 22 points. It has historically been a strong track for Haas F1 Team, with Grosjean finishing seventh in the team’s rookie campaign in 2016, following it up with sixth in 2017, while Magnussen qualified an excellent fifth in 2019.

The Austrian Grand Prix will take place across July 3 to 5, with two practice sessions on Friday, final practice and qualifying on Saturday, and the 71-lap season-opening race on Sunday. Lights out is scheduled for 15:10 local time (08:10 EST/13:10 GMT).