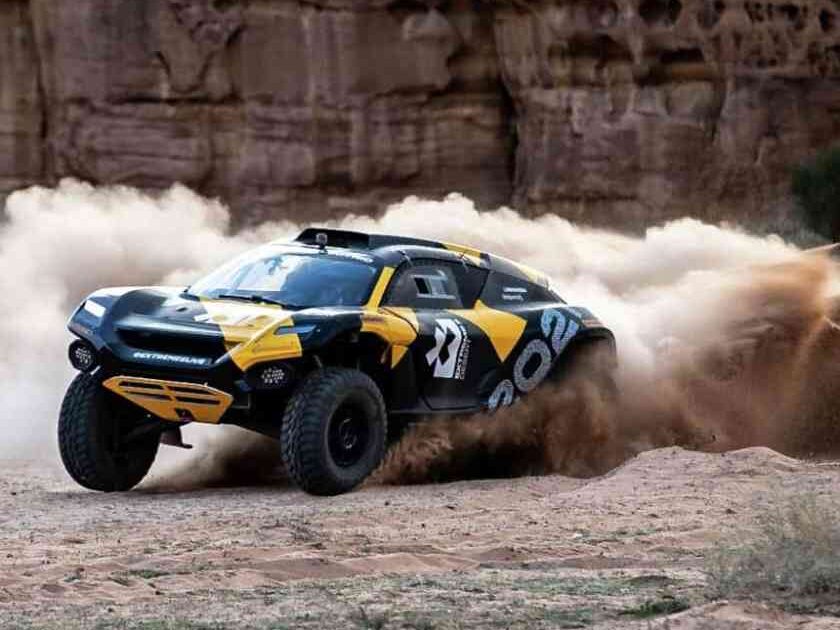 Extreme E, the new electric off-road motorracing series, revealed on 30July it has reached an agreement in principle with Sardinian officials to host the fourth event of its opening season, the Island X Prix, from 23-24 October.

The move to the Italian island follows the series’ decision to postpone its originally planned events in Brazil and Argentina due to the ongoing COVID-19 situation in Latin America.

Alejandro Agag, Founder and CEO of Extreme E, said: “I am pleased to confirm that Extreme E is finalising plans to hold an Island X Prix in Sardinia, Italy, and that we are delighted to have the support of Sardinian president Christian Solinas, and the Automobile Club d’Italia (ACI) as we plan our first European event.

“Extreme E was built around the ethos of racing electric vehicles in remote environments in an effort to raise awareness for climate change issues and showcase the performance and benefits of low carbon vehicles. However, this crisis is not a problem which only affects remote locations. It is becoming increasingly noticeable closer to home, across North America, and here across Europe, with rising temperatures, heatwaves and wildfires, which currently rage in Sardinia itself, being some of the latest devastating examples.

“Together with our supportive hosts and our Scientific Committee and Partners, we will use the power of sport to educate on the causes of these climate issues which are taking place right here in front of us, as we aim to open eyes even wider to the need for all of us to take collective action, now, before it’s too late.”

Sardinian president Christian Solinas has confirmed the news that the Sardinian Region will work alongside the organisers for the success of the event.

Scientists are warning of worsening extreme weather patterns if global temperatures continue to rise without solutions being put in place to cut carbon emissions, and that greenhouse gas levels are already too high “for a manageable future for humanity”.

Richard Washington, Professor of Climate Science at the University of Oxford, and founding member of Extreme E’s Scientific Committee, explains: “Rising temperatures and wildfires are now a threat across every continent. In just the last couple of years we have seen devastation in the Amazon, Australia, Siberia, Canada and the Mediterranean region. With thresholds already crossed by climate change, wildfires are more extensive, more intense, more damaging and last longer. New ways of forecasting wildfires and new ways of adapting to them are urgently needed.

“Ultimately, the driver of all this is climate change. To reduce the devastation, we need to stem the driver of that change and that means cutting carbon emissions. Continue to live as we do, and the carbon emissions by the end of the century will make the wildfires of recent years look modest. Extreme E is at the forefront of the drive towards a better future, a new way of doing things and a world which does not rely on deadly carbon emissions.”

So far the series has journeyed to the deserts of AlUla, Saudi Arabia, and the beaches of Senegal, West Africa, where it has so far educated on the issues of desertification, coastal erosion and plastic pollution, and is about to race in Greenland to shine a spotlight on the melting ice cap. The sport for purpose series highlights the impact of climate change and promotes the benefits of electric vehicles and low carbon solutions in the fight to help reduce global emission levels.

President Angelo Sticchi Damiani – President of Automobile Club d’Italia (ACI) said: “The ability to look to the future and to design or support new initiatives that have an important horizon both from a technical evolution and from a sporting spectacle perspective, has always been in the DNA of the Automobile Club d’Italia, which since its inception has been the “engine” of motorsport, anticipating motorsport trends and developments over the years.

“In this broad context, the ACI, the Region of Sardinia and Alejandro Agag are working together on an agreement to host an Extreme E event. A championship for off-road cars conceived by the FIA ​​International Automobile Federation and dedicated exclusively to electric SUVs , which will take place in Sardinia on 23 and 24 October 2021. As usual, ACI has played a fundamental role in the birth of this event and will follow it by supporting in its development.”

All teams include a male and female driver who complete a lap apiece of the Extreme E race course, with a driver ‘switch’ taking place midway, with both drivers competing together for success.

Extreme E races – known as an X Prix – take place within an area no larger than 10 km2. Course designers are tasked with carefully selecting options, which provide the most challenging and exciting racing action whilst crucially generating no negative impact from either environmental or social perspectives. Routes will be designed to incorporate existing obstacles and features with elevation changes and jumps, without the need to adapt the environment.

As well as using sport to shine a global spotlight on climate issues in its five locations, Extreme E will work alongside local experts in each region to implement positive legacy initiatives dependent on local needs. Further details on the Island X Prix’s overall purpose and legacy plans will be confirmed.