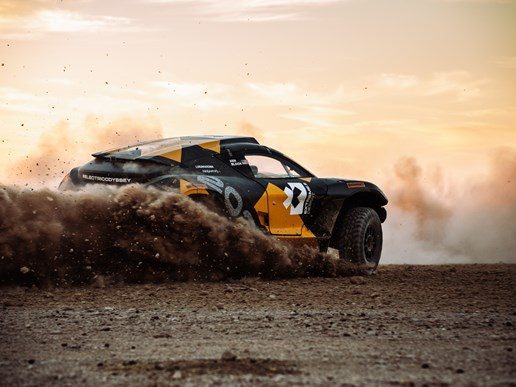 Extreme E, the new electric off-road racing series, has teamed up with Red Bee Media, which will support its broadcast package worldwide.

Red Bee Media will provide satellite distribution services to major broadcasters around the globe, picking up live signals from Extreme E’s Production gallery and transmitting these through resilient global satellite networks via its distribution hub in Hilversum in the Netherlands.

In addition, Red Bee Media will also provide a digital distribution hub/network which will be used to transcode and live stream Extreme E’s race content on all of its digital platforms. Finally, Extreme E will utilise Red Bee’s OTT platform for global live streaming on the championship’s website and other digital assets.

Ali Russell, Chief Marketing Officer at Extreme E said: “This support from Red Bee Media adds up to Extreme E being able to reach a truly global audience. In line with the championships environmental and sustainability missions, there will be no spectators on site, so it is imperative the broadcast product is right, and shared with as many screens as possible.

“I’m delighted to be working with Red Bee Media, a company that has a track-record in delivering content far and wide.”

“The forward-thinking spirit and the commitment to a sustainable future is something that Red Bee shares with Extreme E, and we’re happy to be a part of delivering fantastic live media experiences, while increasing awareness about climate change at the same time.”

Extreme E is a sport for purpose, and one of those purposes is the environment. In Season 1, the series will visit five remote locations in Saudi Arabia, Senegal, Greenland, Brazil and Patagonia, all of which have been negatively impacted by the climate crisis. By visiting these locations, the championship looks to highlight these issues and encourage change.

In a bid to reduce carbon emissions, numbers on site will be kept to a minimum and this includes spectators, so the only way the championship can tell its story is through the screen, making its broadcast product particularly important.