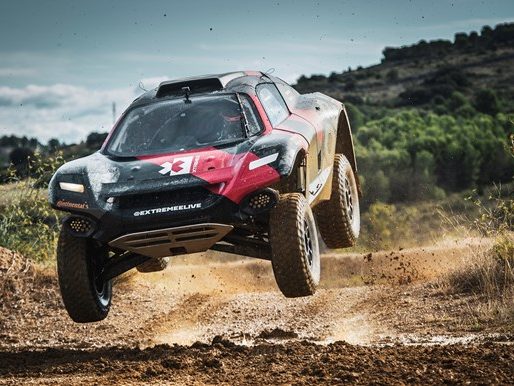 Extreme E, the new electric off-road racing series, has strengthened its sporting team with the appointments of Scot Elkins as Race Director and Guy Nicholls as Sporting Manager for its inaugural season, starting in 2021.

Elkins is well-known in the motorsport world, and for the past three seasons has served as Race Director for the FIA Formula E Championship. During his time in Formula E, he has been instrumental in ensuring safe and fair racing – expertise that he will now bring to Extreme E.

Indeed, the American has spent the majority of his working career in motorsport, having started out as an engineer for Robert Yates Racing in North America’s NASCAR series. He has also held technical sporting roles with the International Motor Sports Association (IMSA) and Champ Car World Series and has served as Deputy Race Director for the FIA Formula 1 World Championship, FIA Formula 2 and FIA Formula 3.

In addition, Elkins has been the Head of the Motorsport Safety Foundation since 2015, a non-profit organisation dedicated to improving safety standards in the sport – a role in which he promotes safety education and awareness.

Scot Elkins, Race Director at Extreme E, said: “I’m really excited to be joining Extreme E. It is a completely new championship with an interesting and admirable mission, so I’m delighted to be part of the team. From my time in Formula E, I understand the workings of an electric motorsport championship, but Extreme E is a very different proposition. We will be racing in some remote locations and I’m really looking forward to joining this adventure and bringing competitive racing to fans all over the world.

“I’m particularly intrigued by the racing format, and I can’t wait to see the cars on-track. The stipulation to field one male and one female driver is fantastic, and I’m honoured to be associated with a championship striving for gender equality and a level playing field for all.”

Nicholls, who has worked in the motorsport industry for over 30 years, managing projects and operations in championships across a number of diverse motor racing disciplines, also joins the team. Extreme E is not the first new series he has worked on as he was part of the Senior Management Team at A1 Grand Prix and was Championship Coordinator at Lamborghini’s venture back into the racing scene with its Super Trofeo series.

Guy Nicholls, Sporting Manager at Extreme E, added: “The opportunity to join another new racing series ahead of its first season was a challenge too exciting to turn down, but it is clear that this is no ordinary series as it is breaking down barriers in respect of its remote race locations and the sustainability and scientific legacy projects that form part of its overall mission.”

Alejandro Agag, Founder and CEO of Extreme E, concluded: “As a brand new series, it is important we have the right people in the right roles, and those across sporting are essential for exciting, safe and fair racing, so I’m delighted to welcome Scot and Guy to the series.

“There aren’t many people that have the range of motorsport experience that these two do, and I’m confident they will ensure we get the best out of the on-track action.”

The series will hold group testing in December ahead of the opening race in March 2021 in Saudi Arabia.