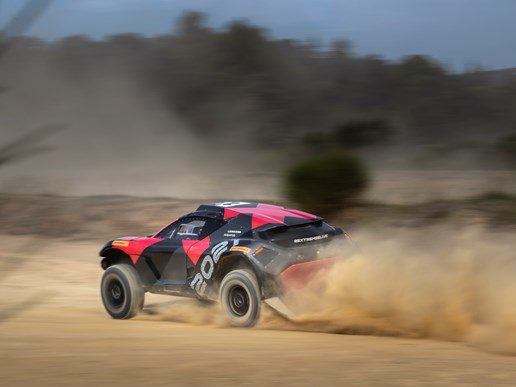 The new electric off-road rally series Extreme E has confirmed MySports as an official broadcasting partner in Switzerland. The Swiss channel joins a burgeoning roster of channels to air the revolutionary new type of motorsport.

MySports is the leading Swiss sports broadcaster and is home to a wide range of international competitions from football to ice hockey to motorsport. Extreme E will join that eclectic list of programming to display its gripping wheel-to-wheel racing whilst promoting its three key pillars, electrification, equality and environment.

Ali Russell, Chief Marketing Officer at Extreme E, said: “This is another great broadcast partnership for Extreme E as we continue to build our global reach and meet our ambitions to bring our new motorsport to as many screens as possible.

“Switzerland is one of the greenest countries in the world due to its robust environmental policies from recycling to utilising renewable energies, and many more, so it made perfect sense to bring Extreme E to their screens.”

MySports will air Extreme E races live alongside highlights shows and also promote these on its popular social media channels. The station will also broadcast Extreme E’s three-part documentary focussing on the car technology, the race locations and the future of mobility.

Matthias Krieb, Vice President MySports at UPC Switzerland said: “For motorsport in particular, sustainability is given a high priority. As a leading sports TV channel in Switzerland, MySports welcomes these efforts and has been accompanying FIA Formula E from the very beginning as the exclusive broadcaster for Switzerland. Extreme E goes a step farther by focusing on the regions that are most strongly affected by climate problems, it points out vividly the current state of the Amazon, the Sahara or the Arctic. By broadcasting Extreme E, we would like to continue raising awareness for the topic and at the same time make fascinating and exciting content accessible to our viewers.”