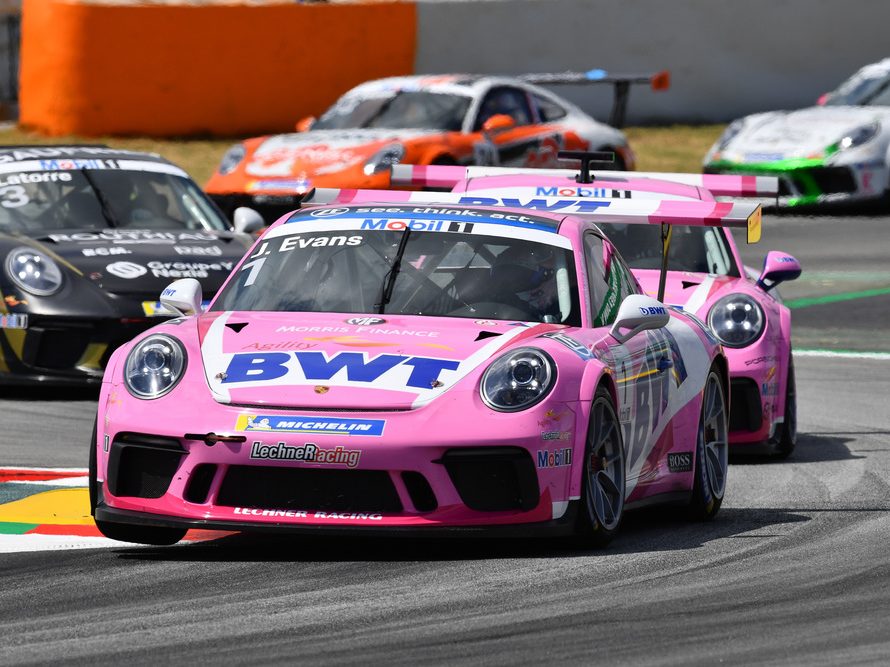 Larry ten Voorde (Team GP Elite) has won round six of the Porsche Mobil 1 Supercup in Barcelona. With his second win of the season, the Dutchman replaces Dylan Pereira (Luxembourg/BWT Lechner Racing) at the top of the leader board.

Initially, it looked as if Evans would wrest victory from polesitter Ten Voorde: He got the better start and overtook the Dutchman in the first corner. A collision, however, halted the race after a few seconds after a driver stalled at the start. The evasive moves of the drivers starting further behind led to a chain reaction with four vehicles becoming entangled in the collision.

Actor Michael Fassbender was also caught up in this accident. The German-Irish Hollywood star contested the Porsche Mobil 1 Supercup as a guest driver and was one of the drivers to be thrown out of the race after just a few metres.

When the race went green again, Ten Voorde turned the tables: He overtook the now-leading Evans and eked out a small advantage over the remaining laps. “Jaxon simply got off the line better at the first start,” admitted Ten Voorde. “But I couldn’t resist the chance of correcting that at the restart.”

For Evans, the two starts were the complete opposite. “My first was perfect, the second I misjudged my tyre temperature and fluffed the clutch – that opened the door for Larry to overtake me.” Pereira took his loss of the championship lead matter-of-factly: “After taking up the race from P5 I improved by two positions. More wasn’t possible today.”

Jordan Love delivered a strong performance, the Supercup Rookie overtook nine cars to finish in eleventh place, after a penalty forced the West Australian to begin the race from 20th position.

Next stop for the Porsche Mobil 1 Supercup is the Formula One racetrack in Spa-Francorchamps (Belgium), where the seventh round is held as part of the Belgian Grand Prix.