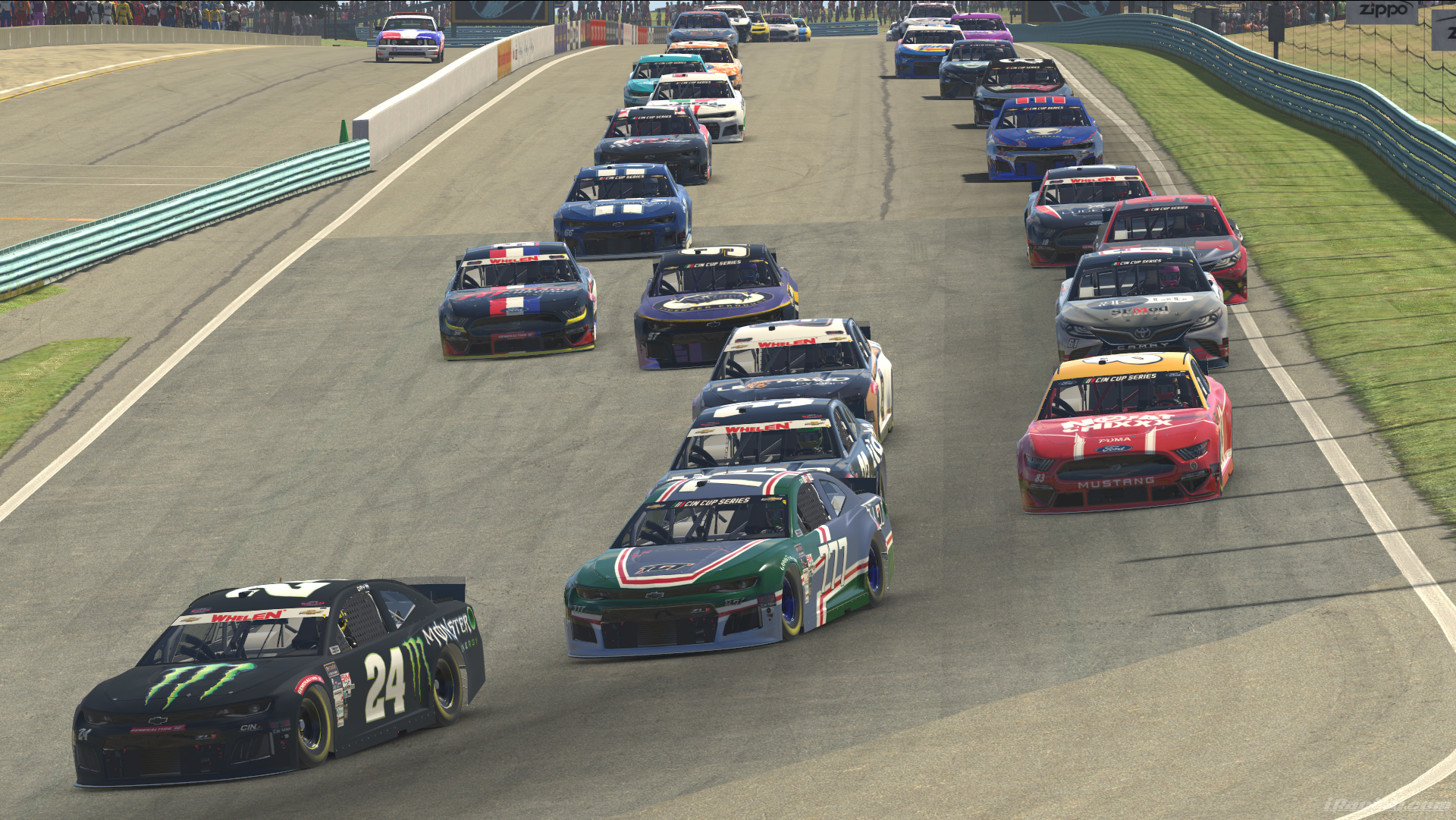 Every Tuesday night the excitement of European NASCAR on the iRacing platform, starting on April 21st.

The NASCAR Whelen Euro Series ( the official partner of NASCAR in Europe ), has launched the EuroNASCAR Esports Series.

The virtual championship, featuring NASCAR Whelen Euro Series teams and drivers, will run on the iRacing simulator every Tuesday night using NASCAR Cup Series cars and will bring to the virtual world many of EuroNASCAR’s distinctive characteristics.

Road course tracks will be the key elements of the EuroNASCAR Esports Series, which will be fully connected with real-life NWES and replicate the format of the EuroNASCAR championship in Europe. The calendar will present 8 events, with the last three serving as playoff rounds and awarding double points.

The best NASCAR Whelen Euro Series drivers will battle for this new Esports title and at the same time will score points for the real life NWES Teams Championship, making the EuroNASCAR Esports Series the first ever sim-racing series to impact a real life international racing championship. Team FJ also plans to invite some famous sim-racers and real life guest-stars to add to this high-octane competition.

The virtual season will kick off on April 21st at 20:00 CET (4 pm ET) at Daytona International Speedway with an exciting exhibition shootout on the Daytona Road Course representing a perfect mix between European and American culture. The points-scoring season calendar will start the week after on April 28th at 20:00 CET (4 pm ET) on the Brands Hatch Indy Circuit, home of the iconic NWES American Speedfest. The schedule will also include some of the most celebrated road course circuits available on iRacing, including two real-life NWES ones – Brands Hatch and Zolder – and world famous American tracks like Watkins Glen, the Charlotte Roval or the Indianapolis Road Course.

“First of all, this is a challenging time and we encourage everybody to be smart and stay safe. It is very important for us to connect and support our fantastic fans, competitors and partners,” said NWES President – CEO Jerome Galpin. “The EuroNASCAR Esports Series is a great way to provide them with close racing and entertainment while waiting to get back to normal. This is also a good means to bring in a virtual dimension and continue to develop our very successful NASCAR Whelen Euro Series. We look forward to seeing you on Tuesday April 21st at 20:00 CET to share our passion for racing, whether it is real or virtual racing.”

All the EuroNASCAR Esports Series events will be broadcasted on the EuroNASCAR Youtube, Facebook and Twitch channels, featuring a two-hour program to begin at 20:00 CET.