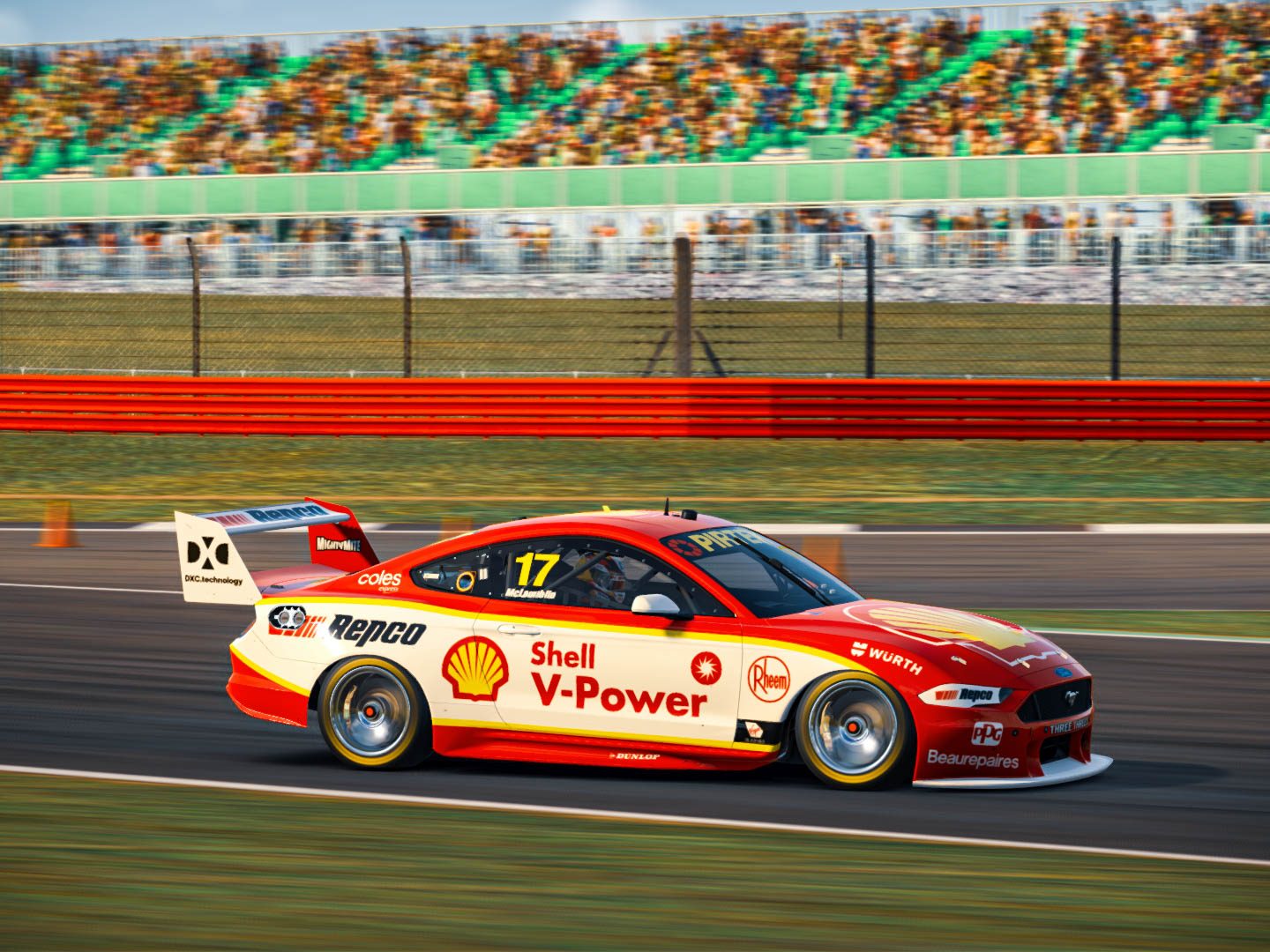 RECAP: Round 2 of the Supercars All-Stars Eseries saw a definite step-up in the quality of driving across the field, and the inclusion of F1 hotshot Max Verstappen as a wildcard entry.

This week saw the Supercars field travel virtually to the Silverstone Circuit in the UK, and Barcelona-Catalunya Circuit in Spain.

Fabian Coulthard spent much of the evening in battles, qualifying a little bit down the order seeing him sitting in traffic for much of the night. Just like the real thing, in iRacing you are also in danger of getting caught up in other’s troubles when back in the pack. So it came to pass for Coulthard, who took contact in all four of the night’s races. He earned results of 13th, 8th, 21st and 9th for the night.

Scott McLaughlin’s night was up and down by his own admission, making strong starts to every race and finishing inside the Top 5 in three of the four races, including a podium in the final race. The opening race at Catalunya was a struggle after a Turn 1, lap 1 spin, however he still recovered to a solid p12 finish.

The next round of the Eseries will be held next Wednesday, April 22 at Mount Panorama, Bathurst.

MCLAUGHLIN QUOTE: “It was an up and down night for me! But so much fun coming through the field. Got some good points and I’m looking forward to Bathurst next week! That was hard work, I can’t imagine what Bathurst will be like.”