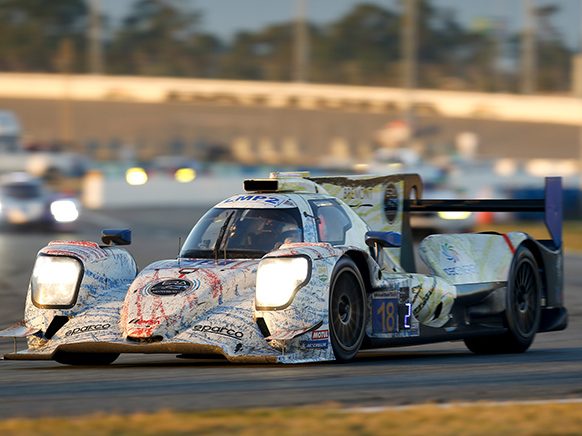 Era Motorsport, which claimed victory Jan. 31 in the Le Mans Prototype 2 (LMP2) class in the Rolex 24 At Daytona, has confirmed that it will run the entire 2021 season with the No. 18 ORECA LMP2 07. Meanwhile, CarBahn with Peregrine Racing announced it will field an Audi R8 LMS GT3 EVO for the IMSA WeatherTech Sprint Cup’s GT Daytona (GTD) rounds this year, beginning with the Acura Sports Car Challenge at Mid-Ohio in May.

Era Motorsport team owner Kyle Tilley and Dwight Merriman will be the full-season drivers of the No. 18 LMP2 entry. Sports car veteran Ryal Dalziel will join them in the three endurance races. Dalziel and Paul-Loup Chatin helped the team drive to victory in the Rolex 24, the first WeatherTech Championship triumph for Era Motorsport in just its second season.

The LMP2 championship consists of six races. While the Rolex 24 does not count toward the season championship, it does pay points toward the IMSA Michelin Endurance Cup consisting of the four longest events on the calendar.

“I’m thrilled to be able to announce our full-season effort,” Tilley said “Our season last year was cut short, but it looks like we’ll certainly be making up for the lost track time in 2021. We had a strong run in last year’s Rolex 24 At Daytona, which was our first IMSA race as a team. This year, we won, which felt like an incredible feat considering how competitive the field was this year. It still hasn’t settled in yet.

“We had decided before the race that we’d enter the full season, and starting the season off with winning the biggest race of the year is just further motivation to run the entire schedule.”

CarBahn with Peregrine Racing continues as a standout competitor in the IMSA Michelin Pilot Challenge and brings along 2019 Pilot Challenge champion Jeff Westphal as the team expands to the WeatherTech Championship. He will be paired in the No. 39 Audi with Richard Heistand, whose two WeatherTech Championship victories came in 2019 when he drove for AIM Vasser Sullivan.

“My previous experience in the WeatherTech SportsCar Championship will definitely be helpful as I step into GTD with CarBahn with Peregrine Racing,” Westphal said. “I am familiar with the level of grip, speed and closing rates of the prototypes around us. Simply put, the step up to GTD just adds more variables and complexity to race that are otherwise familiar from the past three (Pilot Challenge) GT4 seasons.”

Heistand’s wins in 2019 came in a Lexus, including at Mid-Ohio where the No. 39 CarBahn Audi will make its GTD debut. The 37-year-old drove three endurance races last season in a Lamborghini.

“Well firstly, I’m just very excited to be joining CarBahn with Peregrine Racing and looking forward to driving the Audi R8 LMS,” Heistand said. “The key to success in racing starts and ends with being on a great team, so I’m very grateful and excited.

“It’s funny to think this will be my third season in IMSA in my third new car. After a three-race Michelin Endurance Cup run in 2020, I’ll be visiting these sprint tracks for just the second time. It’s nice to think I’ve established myself over the last couple years, and I feel more settled than ever headed into this season.”